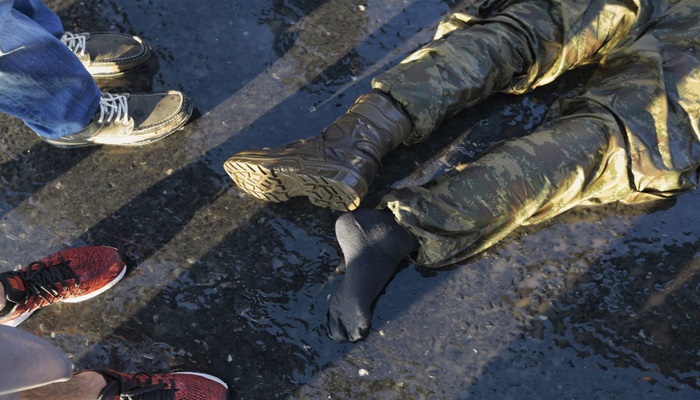 Amnesty International warned against `evidence of torture including rape of detainees in Turkey. There are well-founded fears for people’s rights and freedoms in Turkey, as a crackdown of exceptional proportions continues following the failed coup attempt on 15 July 2016. Gokhan Acikkollu, a teacher died in Istanbul under torture while in police custody. In Sanliurfa, 200 people with underwear waiting to be questioned for 14 days in a gym saloon. State news agency is broadcasting evidences of torture in detention centers.

Amnesty International petition stated that the state of emergency does not override Turkey’s obligations under international law and should not discard hard-won freedoms and safeguards. Nobody can feel safe when human rights are not upheld. Tell President Erdogan rights hard-won cannot be taken away, even during a state of emergency. Turkish authorities must respect human rights as they carry out investigations, releasing people where there is no evidence of criminal acts and granting fair trials.

The prohibition of torture is absolute and can never be compromised or suspended. Amid torture allegations, independent monitors must be given access to detainees in all facilities. All detainees must have regular access to lawyers and family members. The state of emergency must not be used as an excuse to crack down on peaceful dissenting voices or for widespread purges in civil society, media, the judiciary, education and other sections of society. Censorship of media simply for criticising government policy is unlawful, even in a state of emergency.