A Turkish court has issued an arrest warrant for the Turkish Islamic scholar Fethullah Gülen, who lives in self-imposed exile in Pennsylvania, over alleged links to Turkey’s recent failed military coup attempt.

İstanbul 1st Penal Court of Peace Judge Durmuş Karaçalı issued the warrant accusing Gülen of ordering the attempted coup that killed more than 250 people on July 15. The demand for the warrant came from Can Tuncay, an İstanbul prosecutor.

The Gülen movement, also known as the Hizmet movement, is a grassroots social initiative inspired by Gülen and carries out charitable activities all around the world, including education, distributing humanitarian aid and providing drinking water especially in African countries. 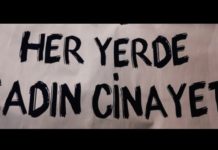 Turkish major in US arrested for drugging, tying up woman who...