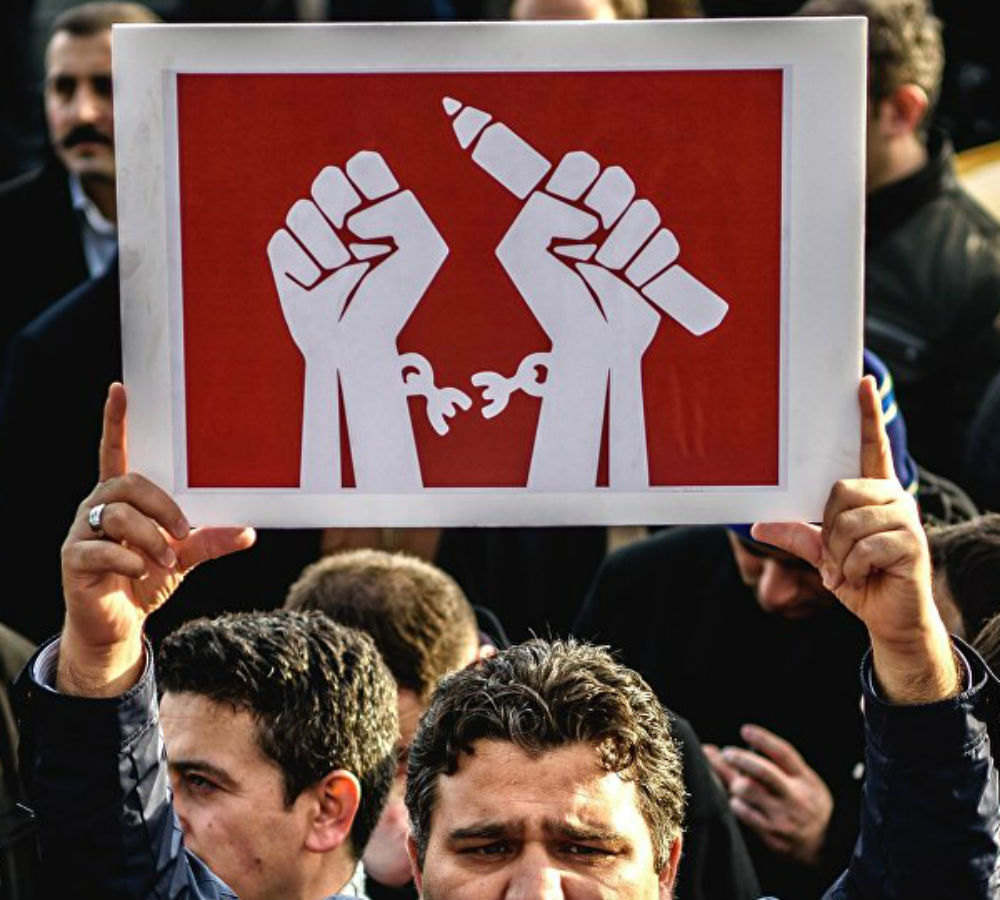 The International and the European Federation of Journalists (IFJ/EFJ) has called on the European Union (EU) to take additional steps to hold Turkish President Recep Tayyip Erdoğan accountable for press freedom breaches in Turkey, as government crackdown against free media escalates.

Releasing a press statement, IFJ pointed out the recent detentions and arrests of the journalists as well as closure of media organs, calling on the EU to hold Erdoğan accountable for the escalating press freedom violations in Turkey.

A total of 131 media organs, including 45 newspapers and 16 TV channels, were shut down and more than 30 journalists were detained with decrees having force of law after a state of emergency was declared on July 20, following the failed coup attempt on July 15.

“Since the coup failed … the EFJ and IFJ have been alerting on the number of arrests of journalists and media closure for being allegedly associated with the pro-Gülen movement accused of being behind the failed coup,” the statement read.

Philippe Leruth, the IFJ president, was quoted in the statement, saying, “The EU must take a stand and hold President Erdoğan accountable for breaching Human rights convention and muzzling the press. Global journalists are highly concerned by the escalation of attacks against the press in a country that calls itself a democracy. This situation must end immediately.”

“We can’t remain silent while journalists are being arrested by dozens right here in front of us. President Juncker and High Representative Mogherini must do everything in their power to end this worrying situation,” Bjerregard said.