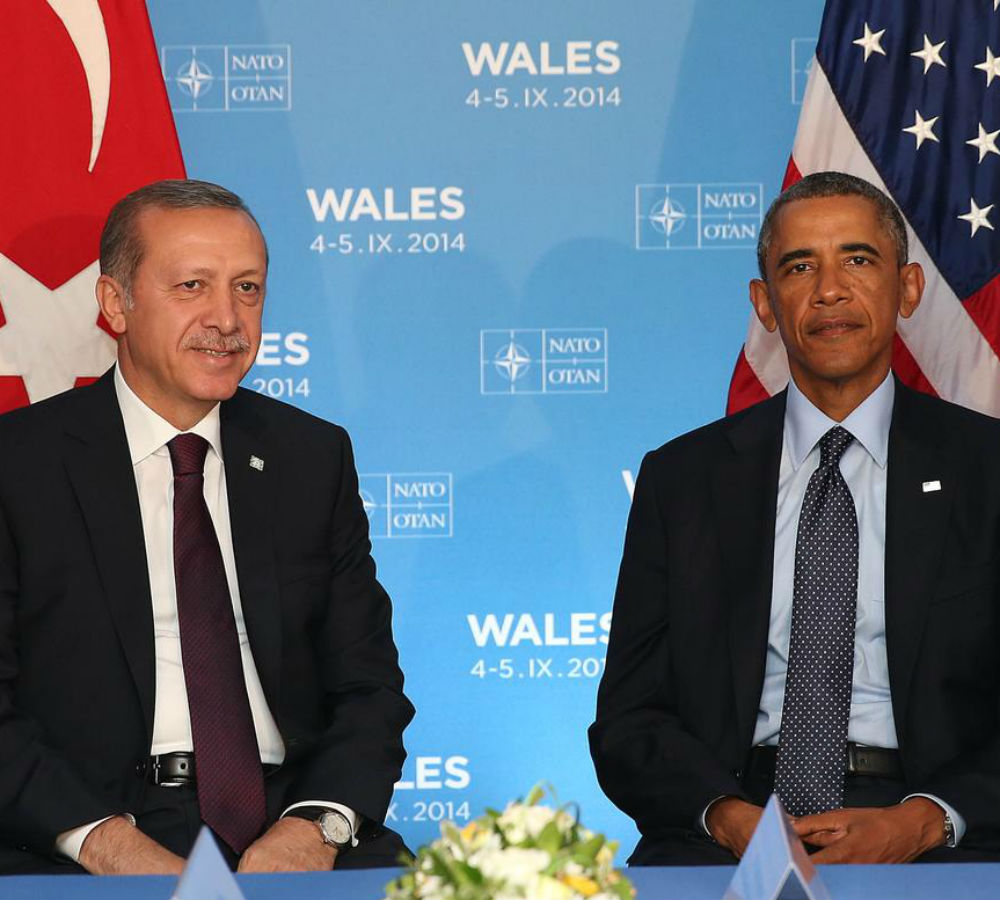 US President Obama spoke with Turkish President Recep Tayyip Erdoğan by phone on Tuesday and stated that US expects that any inquiry into the alleged plotters of the Friday’s coup attempt should be conducted consistent with the democratic values of the Turkish Constitution.

Earnest said that the democratic values Obama talked about  were the same with those the Turkish people were defending in repelling the coup. Earnest added that one good piece of evidence of that is all parties’ of the Turkish parliament condemnation of the attempted coup — even parties “who have vigorous political disagreements” with the Turkish government.

The spokesman informed that Obama and Erdoğan also discussed Turkish Islamic scholar Fethullah Gülen’s status. He said that the Turkish government on Tuesday submitted information related to Gülen that the US government is reviewing. He reportedly said it was too early to say whether the documents submitted by Turkey represent a formal extradition request.

Earnest emphasized that any decision on Gülen would be made according to steps established by US law and not by Obama. If a formal request is received, the US would consider it and decide based on whether it thinks it relates to crimes covered by the extradition treaty between the US and Turkey and on whether there is evidence that crimes were committed.

Erdoğan and Prime Minister Binali Yıldırım have accused the Gülen movement of being behind the military coup, although reports say that the Gülen movement does not seem to have such a massive influence over the Turkish military, which is known for its Kemalist roots that is against the Gülen movement. The rebel soldiers who attempted to stage a coup named themselves as “Council of Peace At Home,” in a declaration they forcibly had delivered by the state-run broadcaster TRT on Friday night. “Peace at home, peace in the world” is a famous saying by Mustafa Kemal Atatürk, the founder of the Republic of Turkey.