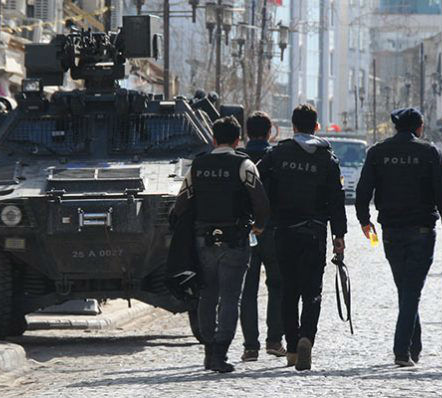 The government imposed curfew on the southeastern province of Siirt at 6:00 p.m. on Friday, following an attack by the terrorist Kurdistan Workers’ Party (PKK) that took place the night before.

The Siirt Governor’s Office issued a statement saying that the curfew will continue until further notice. According to the statement, the curfew is intended to ensure safety of the locals and reinstate public order, while the Turkish Armed Forces (TSK) staged an operation on PKK members.