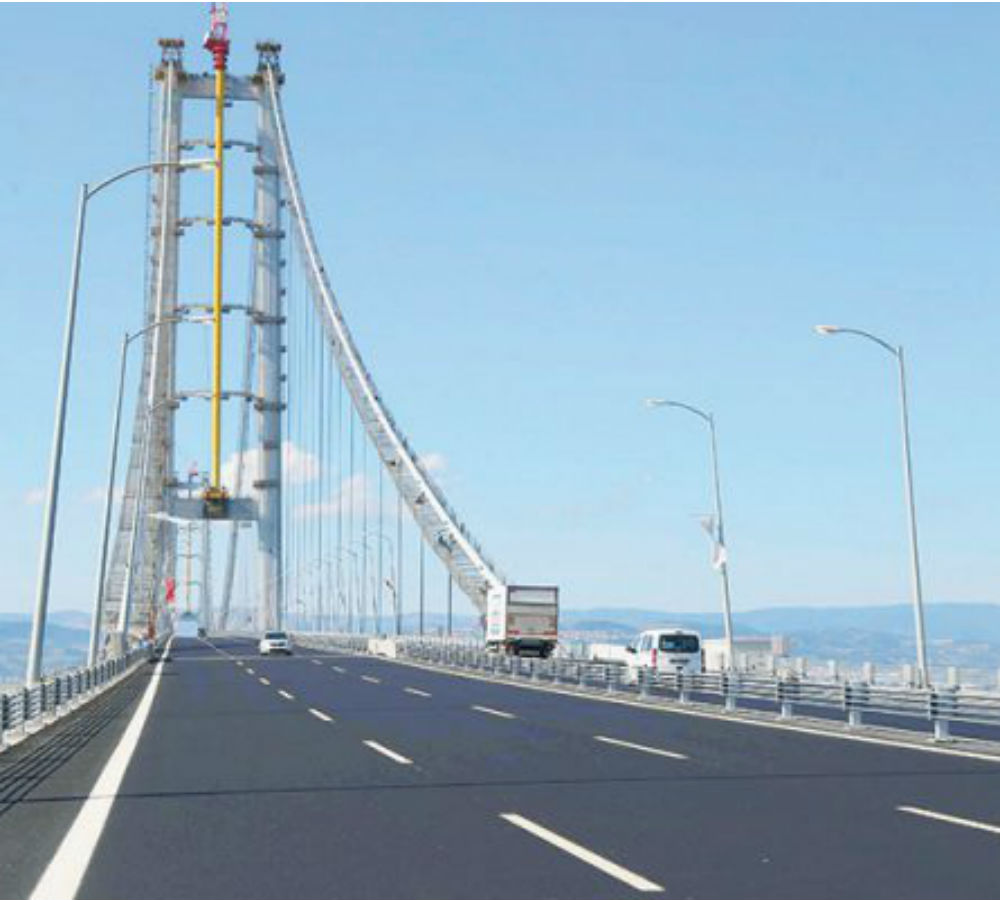 Two lawyers from İstanbul and Gaziantep have filed a lawsuit against the General Directorate of Highways requesting that the TL90 toll rate on the newly opened Osmangazi Bridge be abolished, after many drivers preferred ferry rides due to extremely pricey fee introduced for the bridge.

The bridge links the Gulf of İzmit to the Altınova district in the province of Yalova.

The lawyers stated in their petition to the court that the toll rate is unlawful as drivers are not charged on other divided highways. Attorney Ömer Faruk Eminağaoğlu, the founder of the Union of Judges, also told the media that the toll rate on the Osmangazi Bridge is in contradiction to the Constitution.

The recently opened Osmangazi Bridge was free to pass during Eid al-Fitr, which ended last Sunday. However, after the toll rate of TL90 took effect on Monday, the number of vehicles passing through the bridge plummeted. Drivers mainly opted for ferry rides due to high toll rate on the bridge.

Previously, commenting on the issue, Prime Minister Binali Yıldırım said “Those who find [the toll rate for the new] bridge expensive could go around the Gulf.”

The government reportedly promised at least 135,000 vehicles to pass through the bridge daily to the private contractor, which operates the bridge and will pay the shortcoming in the event that the number of passing vehicles remains under 14.6 million a year.