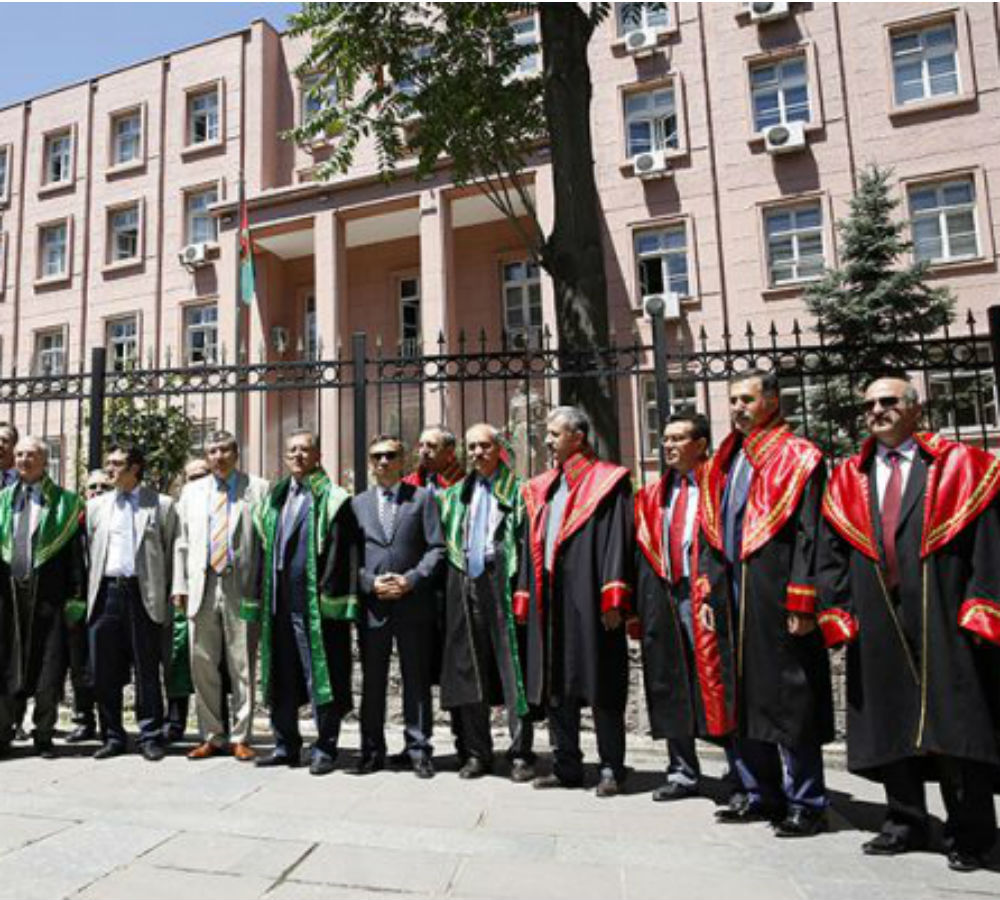 A group of senior judges and prosecutors, who serve at the Supreme Court of Appeals and the Council of State, delivered a press statement on Monday outside the building of the Supreme Court of Appeals in Ankara, calling for action against the newly introduced government plan to redesign the top judiciary, which is considered to increase pressure over senior judicial members.

According to the protestors, the law that recently passed Parliament will pave the way for further legislation to give more control to the government over the top judiciary, if it is not withdrawn.

Speaking on behalf of the group, Salih Özaykut, a member of the Supreme Court of Appeals, said that the new law that changes the structure of the top courts in fact intended to purge judges and create a pro-government judiciary. Özaykut explained that the new law contradicted rule of law, separation of powers and judicial independence, violating the European Convention on Human Rights (ECHR), as well as the rulings by the European Court of Human Rights (ECtHR).

The newly passed law aims at reassigning hundreds of judges and prosecutors serving for the Supreme Court of Appeals and the Council of State to local courts.

The Council of State will be downsized to 10 chambers from 17, while the number of judges and prosecutors at the top judicial body will go down to 90 from 195. The memberships will be dropped within five days of the enactment of the law.

Other harsh reactions to the law previously came from Metin Feyzioğlu — the head of the Union of Turkish Bar Associations (TBB) –, Murat Arslan — the president of the Union of Judges and Prosecutors (YARSAV) – and Professor Sami Selçuk — the Honorary President of the Supreme Court of Appeals – who argued that this is an attempt to refurnish the top judiciary with pro-government judges and prosecutors.