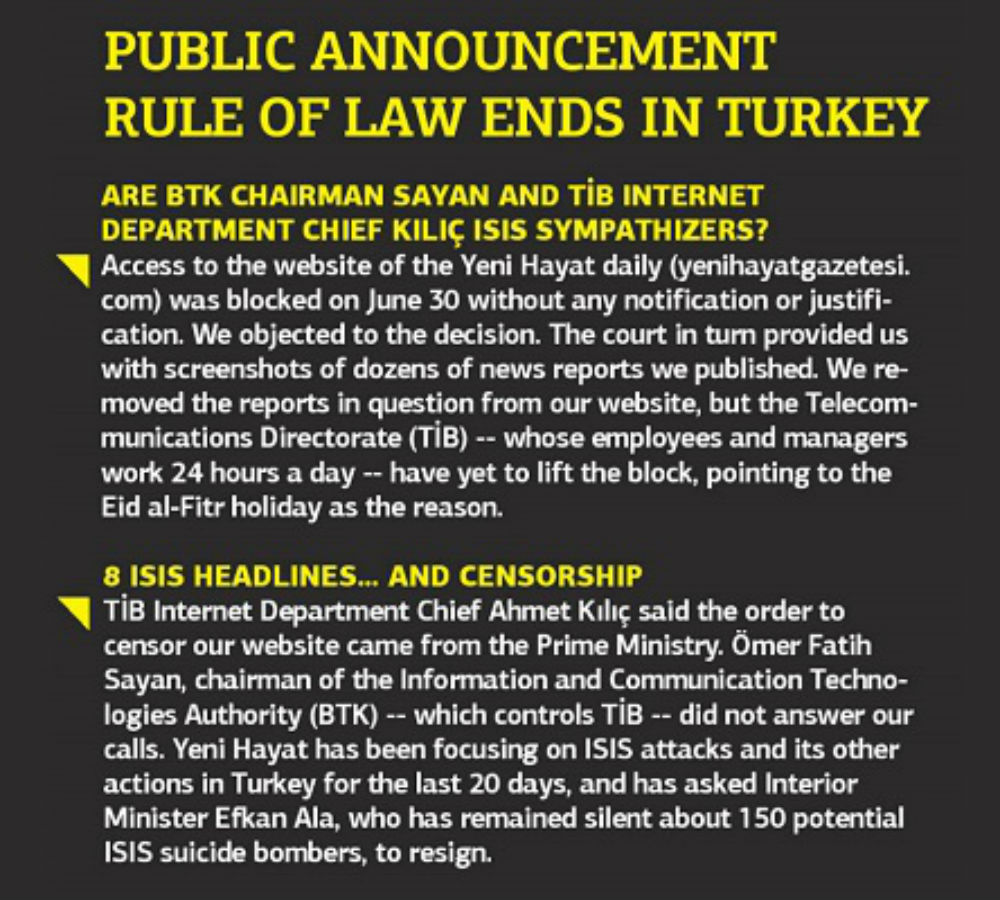 Yeni Hayat, one of the few remaining independent dailies in Turkey, has released a public statement to react against an ongoing block on its website, which was due to its lead story on June 30. The story claimed there are currently 150 potential suicide bombers linked to the terrorist Islamic State of Iraq and Syria (ISIS) in Turkey.

The statement is as follows;

RULE OF LAW ENDS IN TURKEY

Access to the website of the Yeni Hayat daily (yenihayatgazetesi.com) was blocked on June 30 without any notification or justification. We objected to the decision. The court in turn provided us with screenshots of dozens of news reports we published. We removed the reports in question from our website, but the Telecommunications Directorate (TİB) — whose employees and managers work 24 hours a day — have yet to lift the block, pointing to the Eid al-Fitr holiday as the reason.

TİB Internet Department Chief Ahmet Kılıç said the order to censor our website came from the Prime Ministry. Ömer Fatih Sayan, chairman of the Information and Communication Technologies Authority (BTK) — which controls TİB — did not answer our calls. Yeni Hayat has been focusing on ISIS attacks and its other actions in Turkey for the last 20 days, and has asked Interior Minister Efkan Ala, who has remained silent about 150 potential ISIS suicide bombers, to resign.