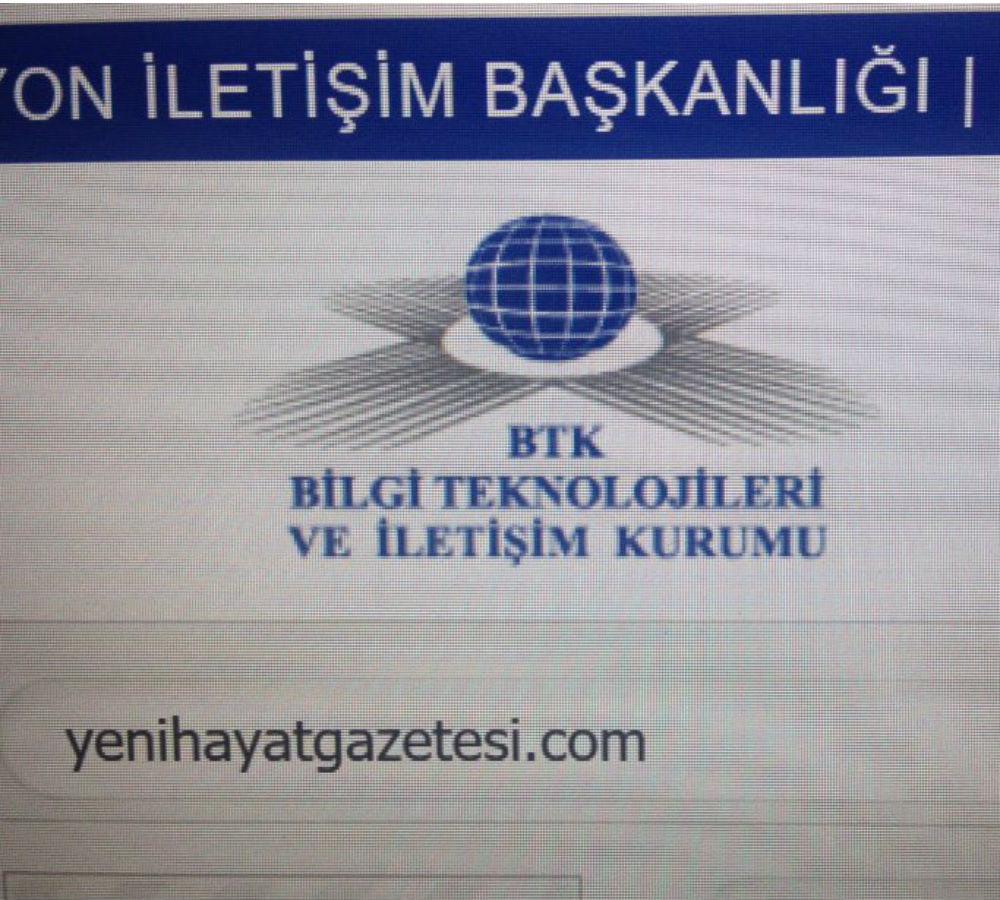 Turkey’s Telecommunications Directorate (TİB) blocked access to the website of the Yeni Hayat daily, following its lead story claiming there are currently 150 potential suicide bombers linked to the terrorist Islamic State of Iraq and Syria (ISIS) in Turkey, after Tuesday’s suicide bombing in İstanbul that shook the country.

The daily’s Editor-in-Chief Veysel Ayhan commented on Twitter that the minister of interior has been disturbed by the Thursday’s main story, referring to the blocking of access to the daily’s website. Meanwhile, Şemsi Açıkgöz, a journalist with the Yeni Hayat daily, tweeted that the website was blocked by the TİB with no basis. Açıkgöz also wrote that the managing editors called the TİB and opposed the decision, however, they were not informed about the reason.

The news report titled “Either Capture Or Resign” stated that no official has resigned from their post despite the fact that a total of 290 people were killed over the past year in 15 bomb attacks carried out by ISIS and the terrorist Kurdistan Workers’ Party (PKK). The daily also claimed that there are currently 150 potential suicide bombers affiliated with ISIS based on an indictment against the suspects of the Ankara bombing that claimed 102 lives in October 2015.

On Thursday, the website of the daily “Yarına Bakış,” as well as the news websites “Şubuo Haber” and “On7 Yirmi5” were also blocked by the government with no immediate public explanation.