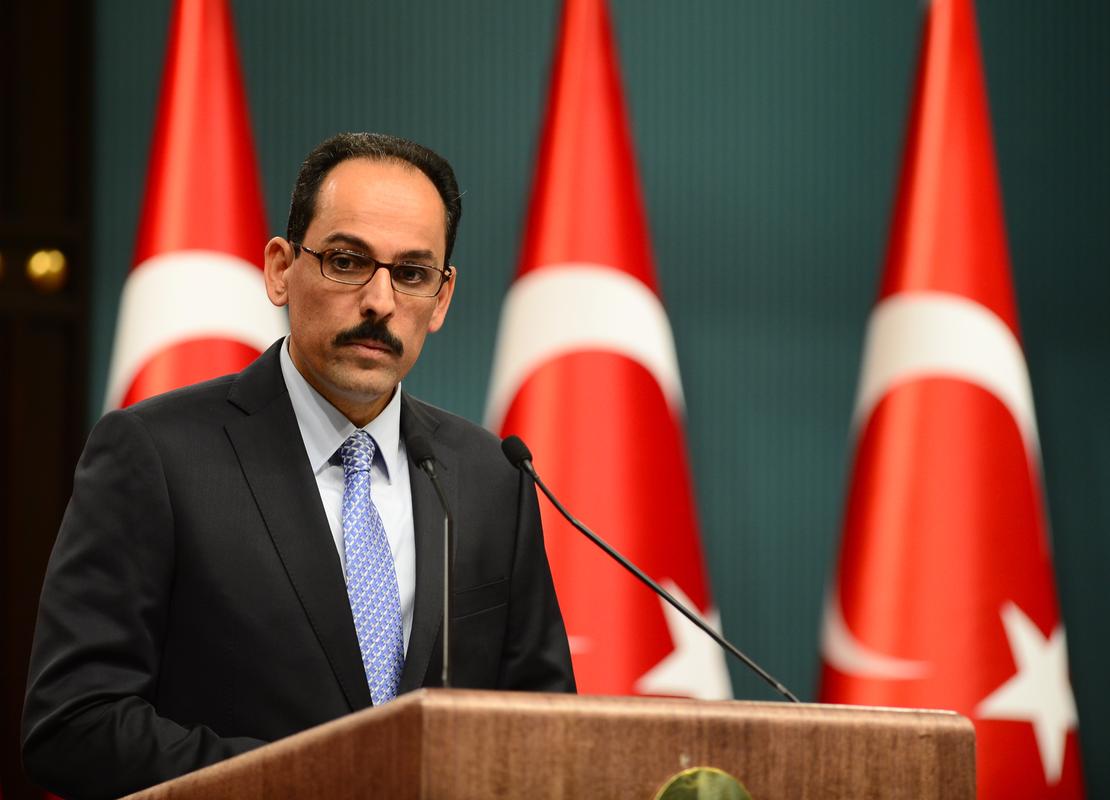 Presidential Spokesman İbrahim Kalın on Tuesday stated that Turkey is ready to take necessary steps to ease the sorrow of a slain Russian pilot’s family, following Turkey’s apology to Russia for 2015’s downing of a Russian war plane near the Syrian border.

Kalın referred to President Recep Tayyip Erdoğan’s letter to Russian leader Vladimir Putin that expressed condolences on the murder of a Russian pilot by a Turkish man after Turkey’s downing of the Russian jet. “This is a humanitarian attitude. Regardless of reason, a human being died there. It is also pleasing that Russia accepted it [the apology]. As it was stated in Mr. President’s letter, we are ready to take necessary steps to ease the sorrow of [the slain pilot’s] family. If the family has any requests, we will take it into consideration,” Kalın said.

Delegation heading to Gaza this week; Turkey to send new ambassador to Israel

In Tuesday’s press conference, Kalın also commented on the recent deal between Turkey and Israel that is aimed at restoring relations between the two countries. Kalın stated that Turkey is set to send a technical delegation to Gaza later this week ahead of humanitarian aid, and an ambassador will soon be appointed to Israel.

According to the agreement, only one of Turkey’s three conditions is to be fulfilled. Although Israeli Prime Minister Benjamin Netanyahu apologized for the Gaza flotilla raid, fulfilling one of the conditions, the two remaining ones — lifting the Gaza blockade and paying compensation for the incident in 2010 — reportedly will not be fulfilled in the exact way that Turkey demands.

The Israeli navy killed nine Turkish and one Turkish-American pro-Palestinian activists in 2010, conducting an operation against six civilian ships that belonged to the Gaza Freedom Flotilla in international waters of the Mediterranean Sea. The ships were carrying humanitarian aid and construction supplies to the blockaded Gaza Strip.