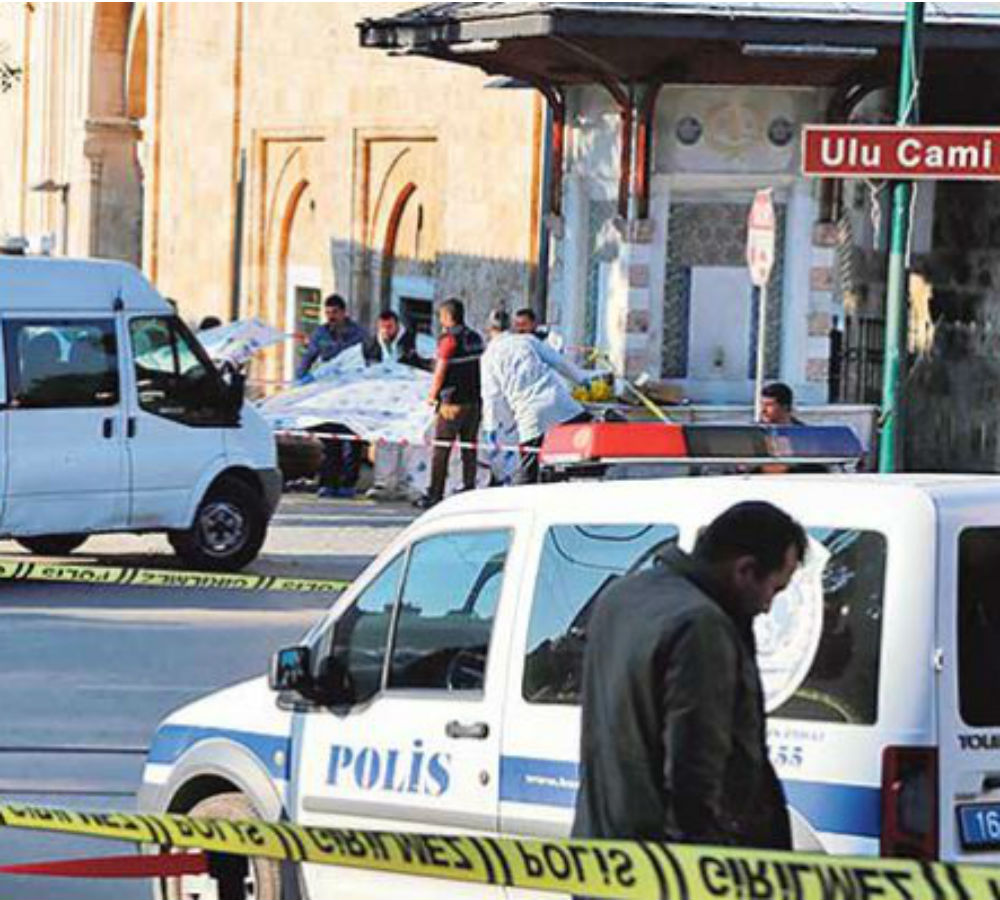 Six suspects, including four women, who are currently under pre-trial detention, are facing up to 1,824 years of imprisonment in total in the case of April’s suicide bomb attack that injured 13 people outside a mosque in the province of Bursa.

The six suspects were arrested in relation to the bombing that took place outside the central mosque Ulucami on April 27. Eser Çali, the suicide bomber, a member of the terrorist Kurdistan Freedom Falcons (TAK), which is an offshoot of the terrorist Kurdistan Workers’ Party (PKK), was killed after blowing himself up. Çali was reportedly trained in Syria and arrived in Bursa only several days before carrying out the assault.

The suspects are expected to stand trial in the coming months at the Bursa 2nd High Penal Court.