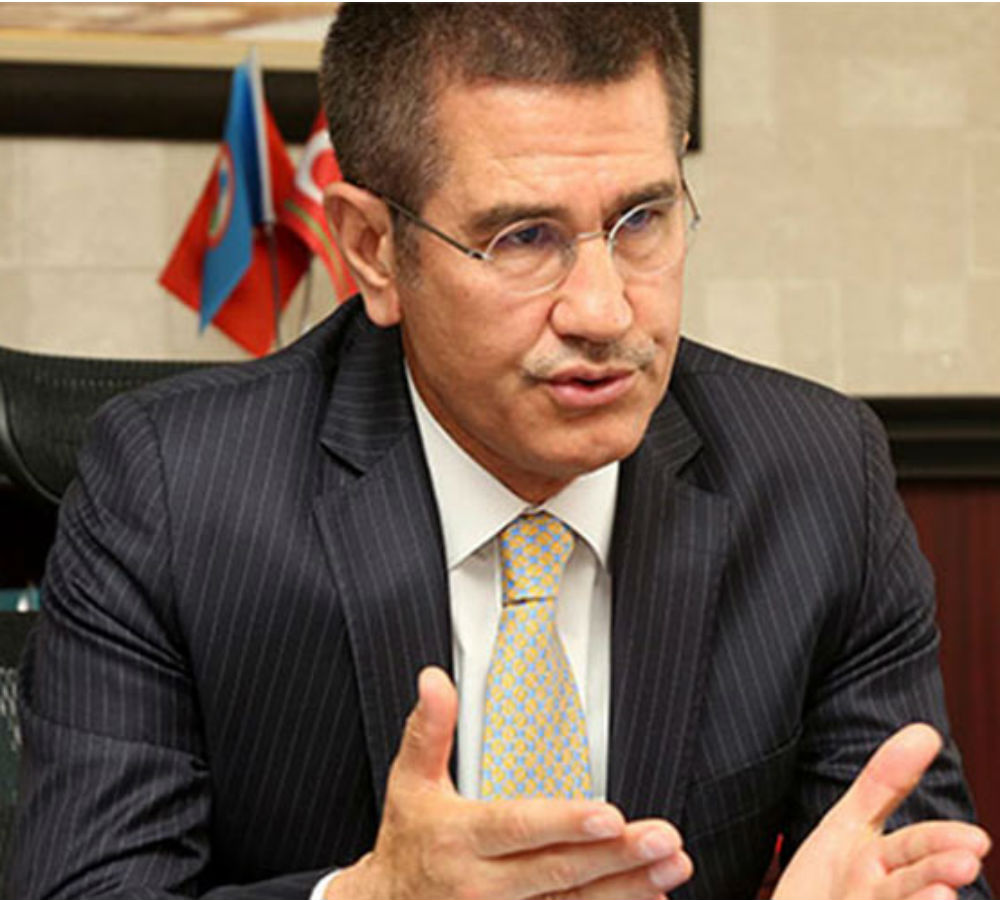 Turkish Deputy Prime Minister Nurettin Canikli took a swipe at Pope Francis for the latter’s referring to 1915 mass killing of Armenians by Ottomans as “genocide,” calling the remark “unfortunate,” and accusing the head of the Catholic Church of having “crusaders’ mindset.”

Canikli said “It is very unfortunate that the pope made such a statement. Like the picture we see with Britain’s departure from the European Union (EU), unfortunately signs of crusaders’ mindset and all of its reflections can be seen both in the pope and the activities of the papacy. The pope’s statement is no different. It is not an objective statement, it is not consistent with reality. Everybody knows this, all of us know, the whole world knows this. Armenians also know this.”

The deputy prime minister also referred to a recent parliamentary resolution passed by the German parliament recognizing the 1915 events as “genocide.” Canikli described both moves by Germany and Pope Francis as “political” and “based on religious factors.”

Canikli made the remarks in response to a question from a reporter during his visit to the Giresun Governor’s Office.

Pope Francis used the term “genocide” on Friday to describe the 1915 mass killing of Armenians by the Ottomans for the second time during his visit to Armenia. He first used the term in last year’s anniversary held in Vatican on April 12. In response, Turkey had called back its ambassador to Vatican and the the strained ties between the two countries were normalized after 10 months, after which Turkish Ambassador to Vatican Mehmet Paçacı returned to his office in February.

Another tension regarding the issue occurred when Germany recently passed a symbolic resolution that labels the killings of Armenians during 1915 and 1916 a “genocide” by Ottoman forces. Later in the same day, Turkey called back Turkish Ambassador to Berlin.

The move prompted outrage in Turkey as the country does not consider the killings as “genocide” and says that there had been casualties from both sides during a time of war, which do not amount to “genocide.”

Turkish President Recep Tayyip Erdoğan harshly criticized Germany following the decision. He stated that there are currently over a million documents regarding the 1915 events in the Turkish archives, which were studied. The president once again challenged foreign countries claiming a “genocide,” saying that they could send their lawyers, historians and archeologists to examine the Turkish archives to enlighten the Armenian killings.