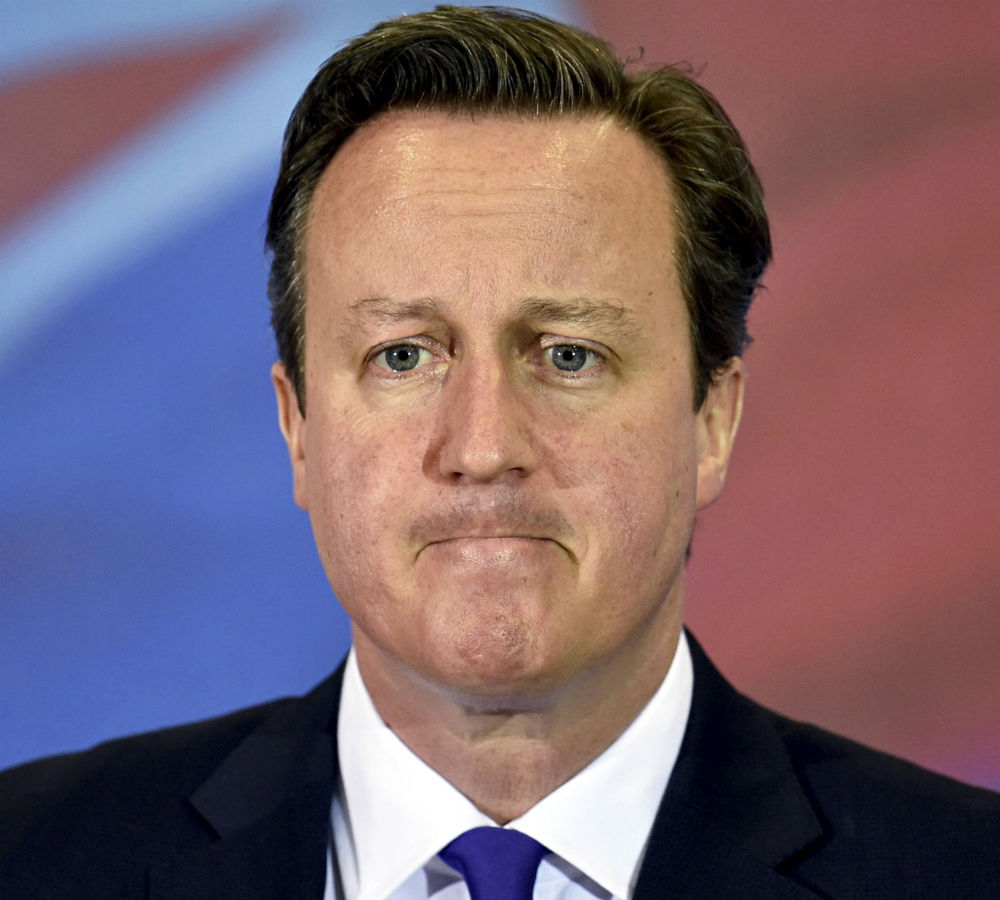 British Prime Minister David Cameron announced his resignation, after the UK voted to leave the European Union (EU) in a referendum, early on Friday morning.

“I was absolutely clear [in the referendum] about my belief that Britain is stronger, safer and better off inside the European Union. And I made clear the referendum was about this and this alone, not the future of any single politician, including myself. But the British people have made a very clear decision to take a different path and as such I think the country requires fresh leadership to take it in this direction,” PM Cameron said during the press statement.

Britain decided to be the first country to withdraw from the 28-member EU with 52 percent of the votes, while 48 percent voted to remain inside as a result on the referendum.

Global financial markets plunged as the pound suffered its biggest one-day fall in history, falling more than 10 percent against the dollar to hit levels last seen in 1985, while the euro slumped more than 3 percent.

It is feared that the decision in favour of Brexit will have negative effects on the investment in the world’s 5th largest economy, threaten London’s role as a global financial capital and create uncertainty in the world’s biggest trading bloc.

Leaving the EU might cost Britain access to the EU’s trade barrier-free single market and mean it must search for new trade accords with countries around the world.

The EU is also expected to be economically and politically weakened, losing around a sixth of its economic output and facing the departure not only of its most free-market proponent but also a member with a U.N. Security Council veto and powerful army.

Cameron had called the referendum in 2013, leading the campaign for a “Remain” vote. The PM had spent months advocating that citizens vote to remain in the union, and warned a decision to leave would drastically harm the economy.

Donald Tusk, the President of the European Council, said in a press statement that 27 leaders are determined to keep the unity of the EU after Britain voted to leave, adding that the EU had been prepared for such an outcome.

“I want to reassure everyone that we are prepared also for this negative scenario. … What doesn’t kill you, makes you stronger,” Tusk said.

Referring to the meeting scheduled for Tuesday, Tusk added, “I have offered the leaders an informal meeting of the 27 in the margins of the European Council summit. … I will also propose to the leaders that we start a wider reflection on the future of our Union.”

Although the referendum result is not legally binding and the government is under no legal obligation to follow through with its outcome, PM Cameron has to invoke Article 50 of the Lisbon Treaty, beginning the formal process of withdrawal.

The article sets out the rules, processes and deadlines that would govern an exit from the EU and is the only legal way to leave the union, although it has never before been used and is completely untested.