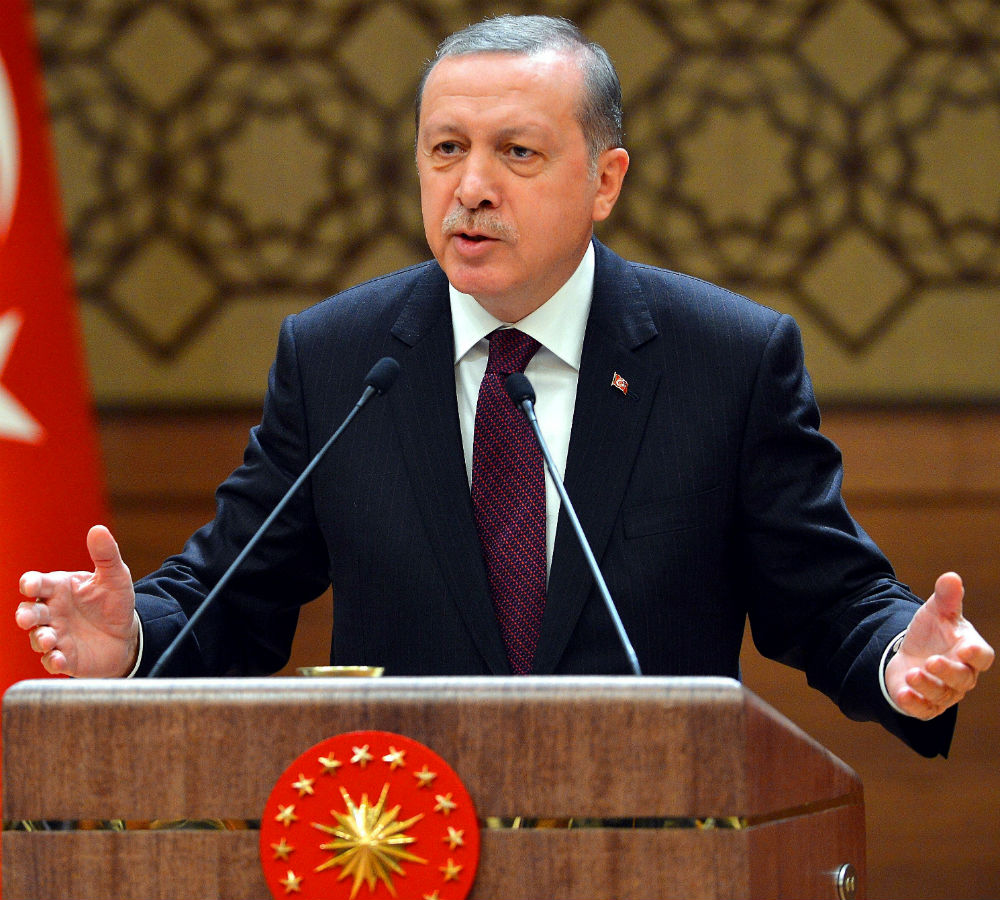 President Recep Tayyip Erdoğan has said that Turkey might hold a referendum on whether to end or continue  negotiations with European Union (EU).

Erdoğan commented on Turkey’s EU accession negotiations during a graduation ceremony of Fatih Sultan Mehmet Foundation University on Wednesday. “Just like United Kingdom, we could also ask our people whether to continue or end negotiations with EU,” Erdoğan said.

“Turkey is not after visa-free travel or the shipping back [to Turkish territory of migrants who arrive in Greece]. However, you are after Turkey right now. You are thinking about what would happen if Turkey was to open the gates and let the refugees pass. You are losing your temper because Erdoğan throws off your mask and reveals your true, ugly face. That’s why you are thinking of ways to get rid of Erdoğan. … Europe, you do not want us only because the majority of our people are Muslims,” Erdoğan added.

Erdoğan’s remarks came after European Commission President Jean-Claude Juncker said that the only person standing in the way of Turkey’s visa-free travel to EU was Erdoğan. “If Turks cannot travel to EU without a visa right now, that is because they have not fulfilled the necessary criteria. If Erdoğan breaks the deal, he has to explain his people why they can’t travel to EU [without a visa],” Juncker said.

Martin Schulz, the President of the European Parliament (EP), recently said that the process leading up to introducing visa-free travel for Turkish citizens, which was part of the migrant deal between Turkey and the EU, has stopped because of authoritarian acts by President Erdoğan.