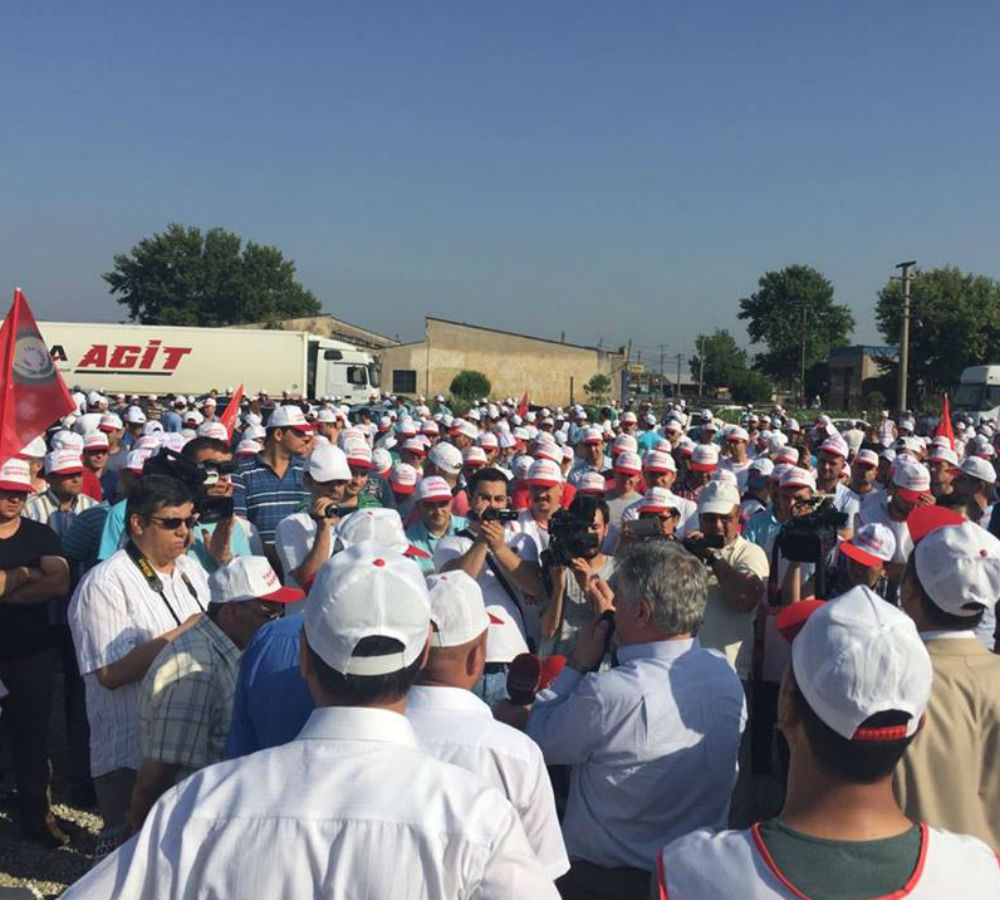 A total of 900 workers at the Nestle chocolate factory in the western province of Bursa launched a strike on Tuesday morning after negotiations between the company and a labor union failed.

The Tekgıda-İş Union had been holding talks with Nestle in order to reach a collective agreement for the workers in the factory located in the Karacabey district. The union’s head Mustafa Türkel had earlier told the media about a plan for starting a strike.

In his latest public statement, Türkel said that the talks with Nestle failed despite having 10 meetings. According to Türkel, along with Nestle Gıda, the union has been meeting with Nestle Su and Erikli Su, as well for the legal rights of workers.

Türkel noted that the current points of disagreement with the employer also include poor working conditions and lack of social rights, along with insufficient wages.