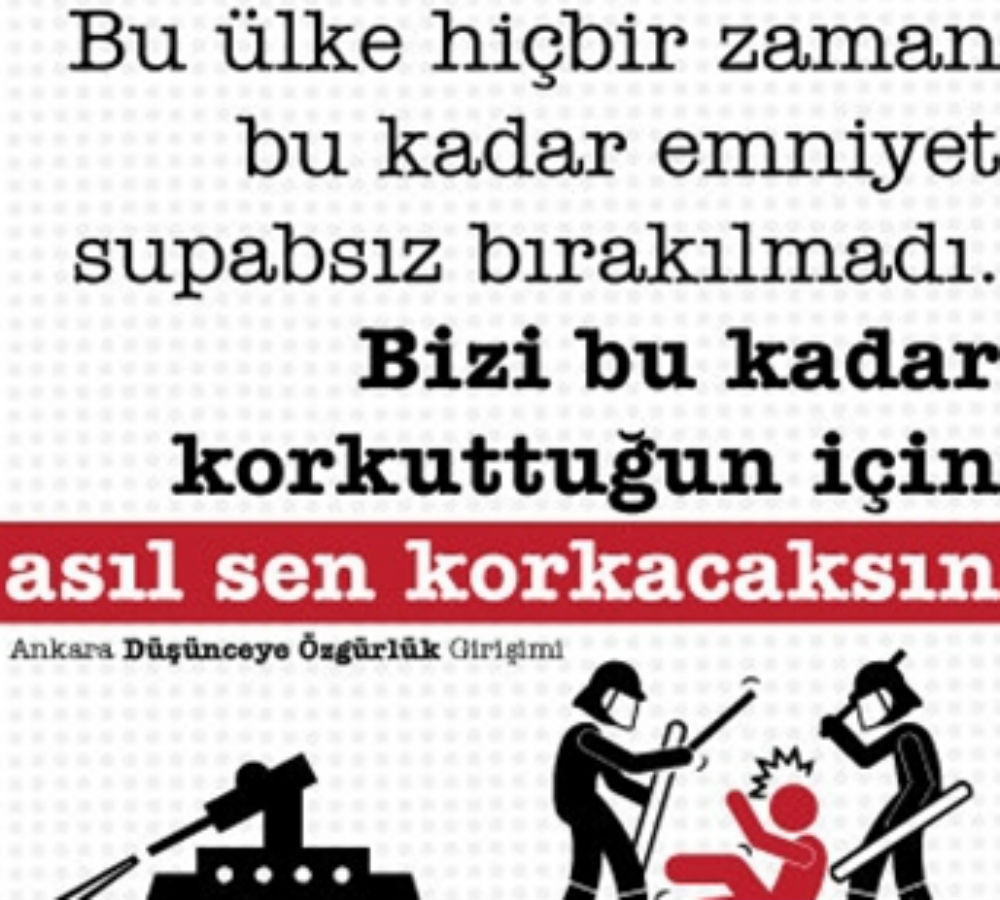 A total of 145 intellectuals – including artists, writers and activists — have issued a declaration warning “President Recep Tayyip Erdoğan’s regime and its partisans” under the leadership of the Ankara Freedom of Thought Initiative.

Columnists Perihan Mağden, Hasan Cemal, Cengiz Aktar and academic Baskın Oran are among those who issued the declaration titled “Enough is enough – Warning for Erdoğan regime.”

Intellectuals launched the declaration as a petition on change.org and said, “We are warning Erdoğan regime and its partisans: This country has never been without a safety valve before. You will also be really alarmed for alarming us this much.”

The declaration started with a warning against an “uninhabitable Turkey,” which is described as “an inevitable ending under Erdoğan regime.”

“Increasing number of disgracing incident will destroy whoever and whatever still remains in this country. Erdoğan regime would be wrong to think they could stay away from that destruction,” the statement also said.

Intellectuals argued in the declaration that Turkey’s international reputation had never been tarnished this much before the Justice and Development Party (AK Party) rule.

Referring to Gülen movement — a grassroots initiative comprising people inspired by Turkish Islamic scholar Fethullah Gülen — the declaration said: “Gülen people, who can be criticized in many ways but can never be called a terrorist organization, will soon be banned even from selling breads in a bakery.”

President Erdoğan recently announced that “Fethullahist Terrorist Organization,” a term coined by him for sympathizers of the Gülen movement, has been put on official records and that the Cabinet approved the decision. According to Erdoğan, the National Security Council (MGK) also accepted the group as “illegal organizations under legal mask.”