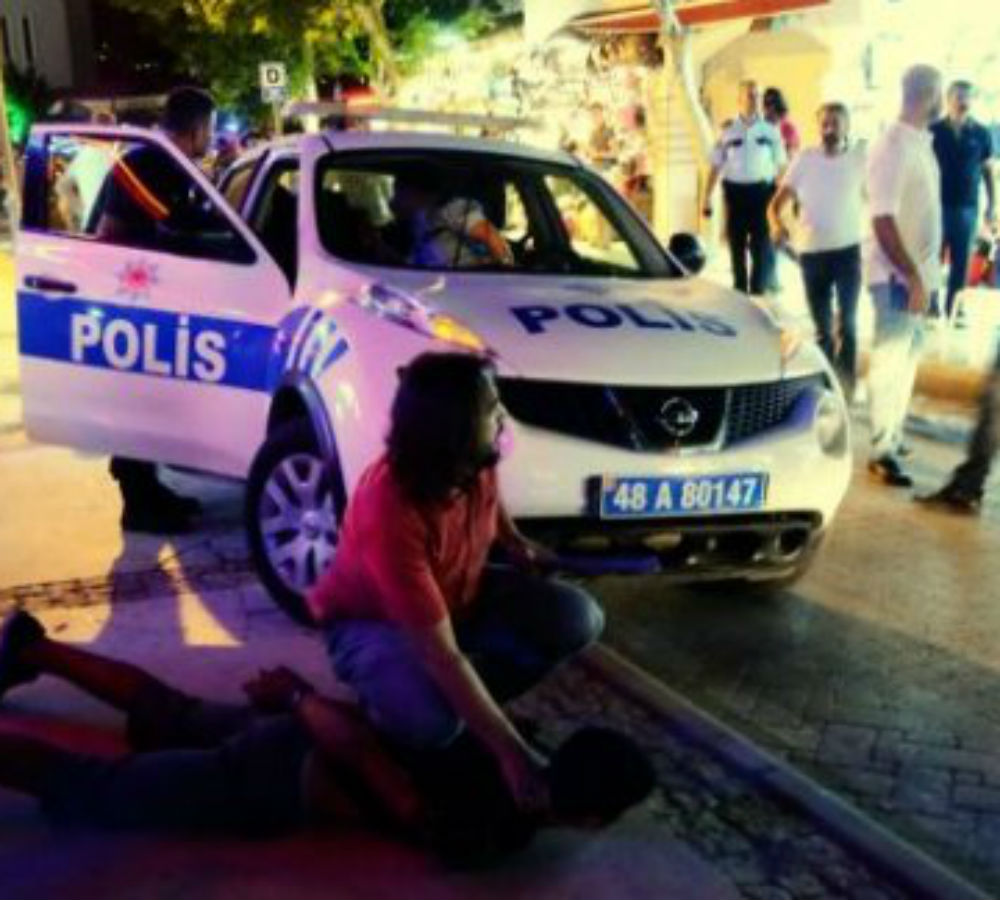 Fourteen people were injured and 25 were detained after a brawl that broke out between employees of two different clothing shops over attempts to draw two tourists turned into a massive fight with participation of others.

Nearly 50 people participated in the brawl that broke out at the Bodrum district of Muğla around 10 p.m. on Saturday. The fight was about two employees’ attempts to draw two tourists passing in front of their shops inside to sell some clothes to them.

Police officers intervened in the brawl and stopped it using pepper spray on around 50 people.

The injured were sent to Bodrum State Hospital for treatment, while police officers detained 25 people.