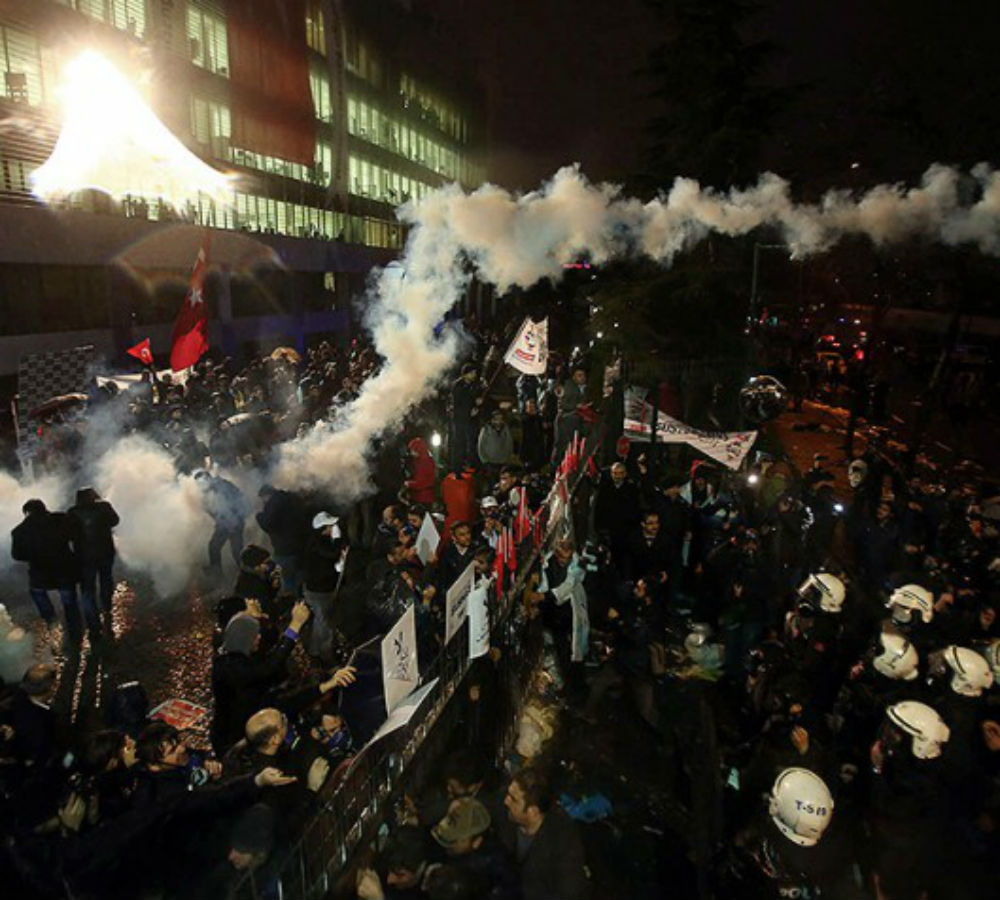 Around 600 journalists have been fired from Zaman and Today’s Zaman dailies, Cihan news agency and Irmak TV station, after trustees were appointed to the management of Feza Media Group in a government-led move on March 3, 2016, Turkish daily Yeni Hayat reported on Thursday.

Trustees Sezai Şengönül, Tahsin Kaplan and Metin İlhan changed the editorial line of the group from critical into staunchly pro-government immediately after their appointment.

Zaman was Turkey’s best-selling daily before the appointment of the trustees with 635,000 copies a day. However, the circulation dropped to 5,000 due to the change in the editorial line in just a few days.

On March 6 and 7, 20-years-old archive of Zaman daily, first online newspaper in Turkey, was destroyed with a ban on access to all of the news articles.

Police officers roamed on the corridors of the daily for one month after the takeover. Armored water cannons (TOMA) were kept at the entrance of the daily for three months. Private security guards kept watch in many points that include entrances of daily’s prayer room and archive.

Publications like Zaman Kitap, Ailem magazine, Püff satirical magazine as well as Irmak TV station were shut down by the trustees allegedly in order to save money, while around 100 new personnel were hired for Zaman daily and Cihan news agency with higher wages.

Police raided the headquarters of the Zaman daily and used pepper gas against thousands of readers late on March 4 after İstanbul Judge Fevzi Keleş appointed trustees to take over the management of the Feza Media Group, dealing a fresh blow to the already battered media freedom in Turkey.

The decision was issued by the İstanbul 6th Criminal Court of Peace at the request of the İstanbul Chief Public Prosecutor Fuzuli Aydoğdu, who claimed that the media group acted upon orders from what it called the “Fethullahist Terrorist Organization/Parallel State Structure,” praising the group and helping it achieve its goals in its publications.

The prosecutor also claimed that the alleged terrorist group is cooperating with the Kurdistan Workers’ Party (PKK) terrorist organization to topple the Turkish government and that high-level officials of the two groups have had meetings abroad.

The taking over of the media group, which attracted worldwide condemnation for being yet another blow on the freedom of the press, came as part of President Recep Tayyip Erdoğan’s ongoing war against the Gülen movement.

Erdoğan launched a war against the movement following the becoming public of a corruption investigation in late 2013 in which Erdoğan’s inner circle was implicated. Erdoğan accuses the movement of masterminding the probe in order to overthrow his government and establishing a “parallel structure” within the state. However, the movement, inspired by US-based Turkish-Islamic scholar Fethullah Gülen, strongly denies the allegation.