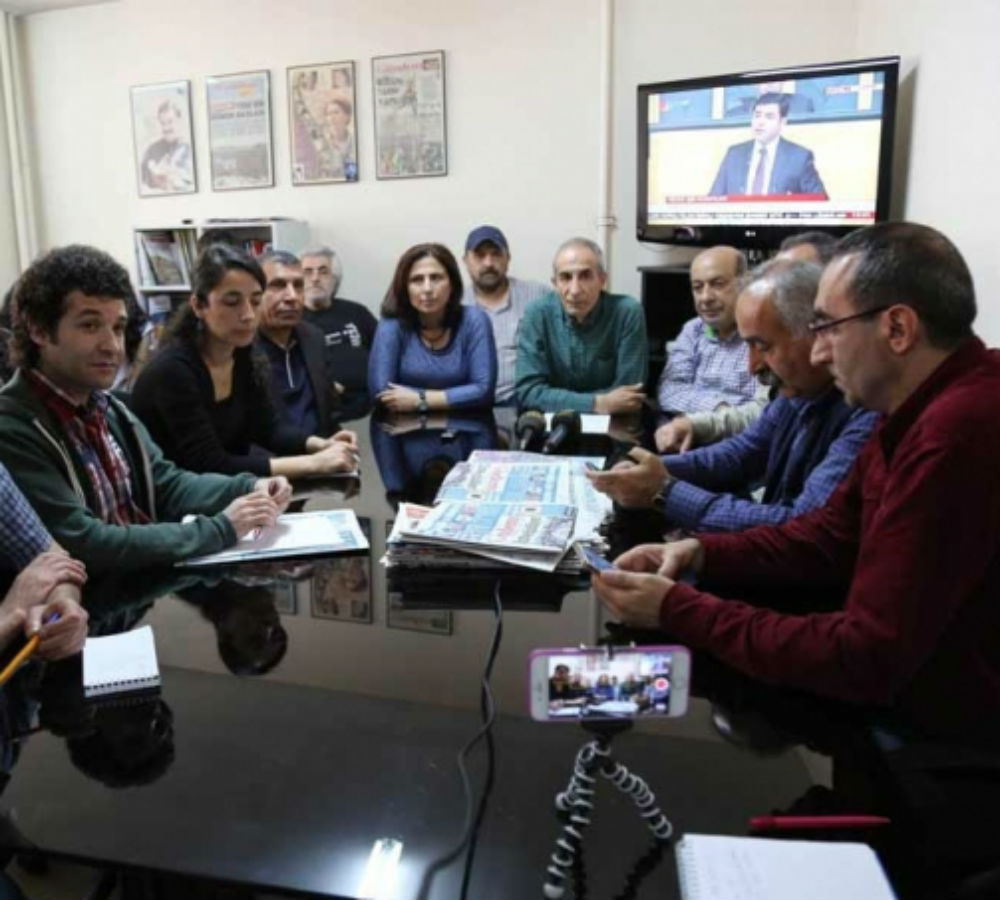 The number of journalists who face investigation after becoming editors-in-chief on watch for the pro-Kurdish Özgür Gündem daily has increased to 37, with investigations launched for 7 more journalists on Thursday.

The investigation was launched after journalists supported the “Co-Editorship-in-Chief” campaign launched by pro-Kurdish Özgür Gündem daily that urged journalists to show solidarity with the daily and defend press freedom against oppressions.

Nine more journalists – among 30 others an investigation was also launched against – have testified in the İstanbul Justice Courthouse in Çağlayan neighborhood.

Tuncel and Oluç spoke to the press in front of the courthouse, emphasizing that the oppression against journalists has reached unacceptable dimensions and that it must be stopped.

“The oppression on critical media – especially the Kurds’ media organs – is not irrelevant to political developments,” Oluç said.

Underlining that showing solidarity with Kurdish media is a duty for others, Tuncel added that she participated in the campaign because she does not accept oppressing of Özgür Gündem daily.