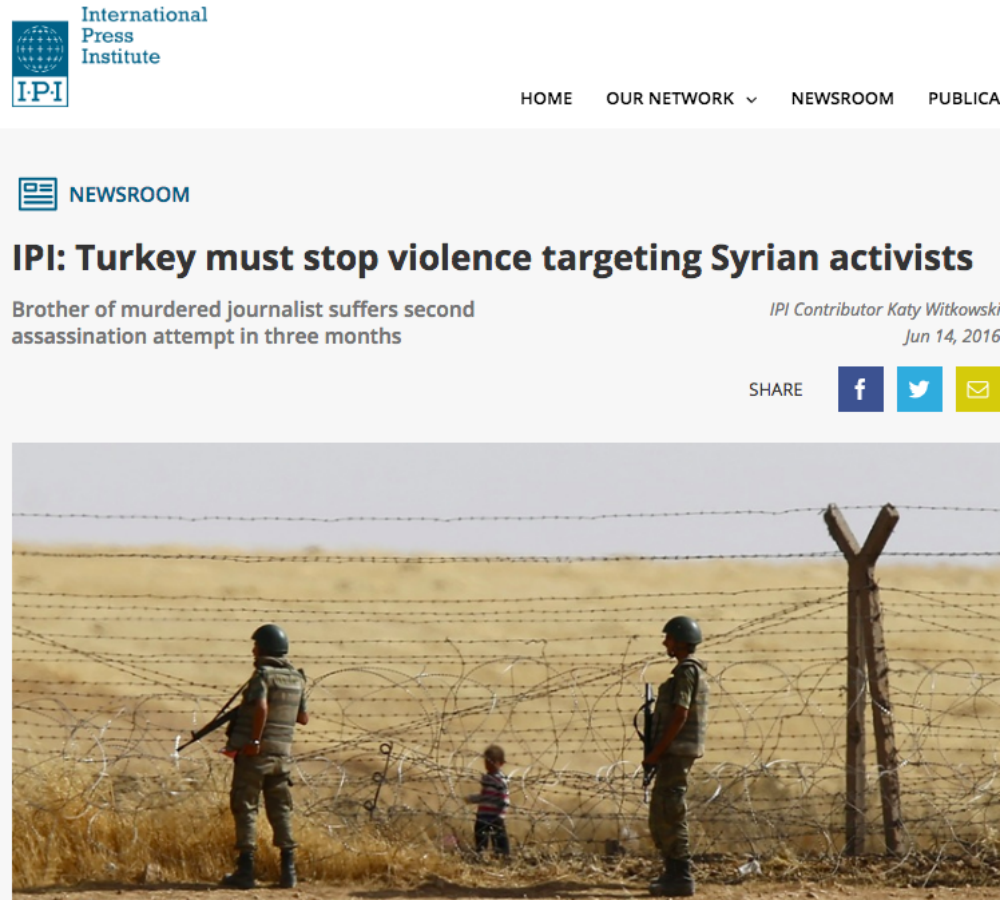 The International Press Institute (IPI) condemned the assassination attempt of Syrian media activist, Ahmed Abdul-Qadir, and called on Turkish government to stop “the violent attacks on journalists and media activists claimed by the Islamic State group.”

In a statement published on its website on Tuesday, IPI reminded that Abdul-Qadir was shot at by unidentified gunmen on a motorcycle on Sunday in Turkey’s southeastern Şanlıurfa province and later ISIS claimed the attack.

Sunday’s attack was the second assassination attempt on the Syrian journalist who is also the founder of Syrian website, Eye on the Homeland. Abdul-Qadir escaped the incident with minor injuries.

“Turkey’s leaders have a responsibility to end these attacks and to bring the attackers to justice. The fact that so little has been done to uphold that responsibility is a disgrace,” he added.

IPI also said that they noted in April that the ISIS had claimed responsibility for murdering at least four Syrian journalists residing in Turkey in the previous six months, including that of Naji Jerf, a film director with the Syrian group Raqqa Is Being Slaughtered Silently (RBSS), Abdul-Qadir’s brother İbrahim Abdul-Qadir and Fares Hamadi.

IPI said that Turkish President Recep Tayyip Erdoğan met with Ahmed Abdul-Qadir and other Syrian journalists on Jan. 22, however did not offer a resolution or protection for the journalists.