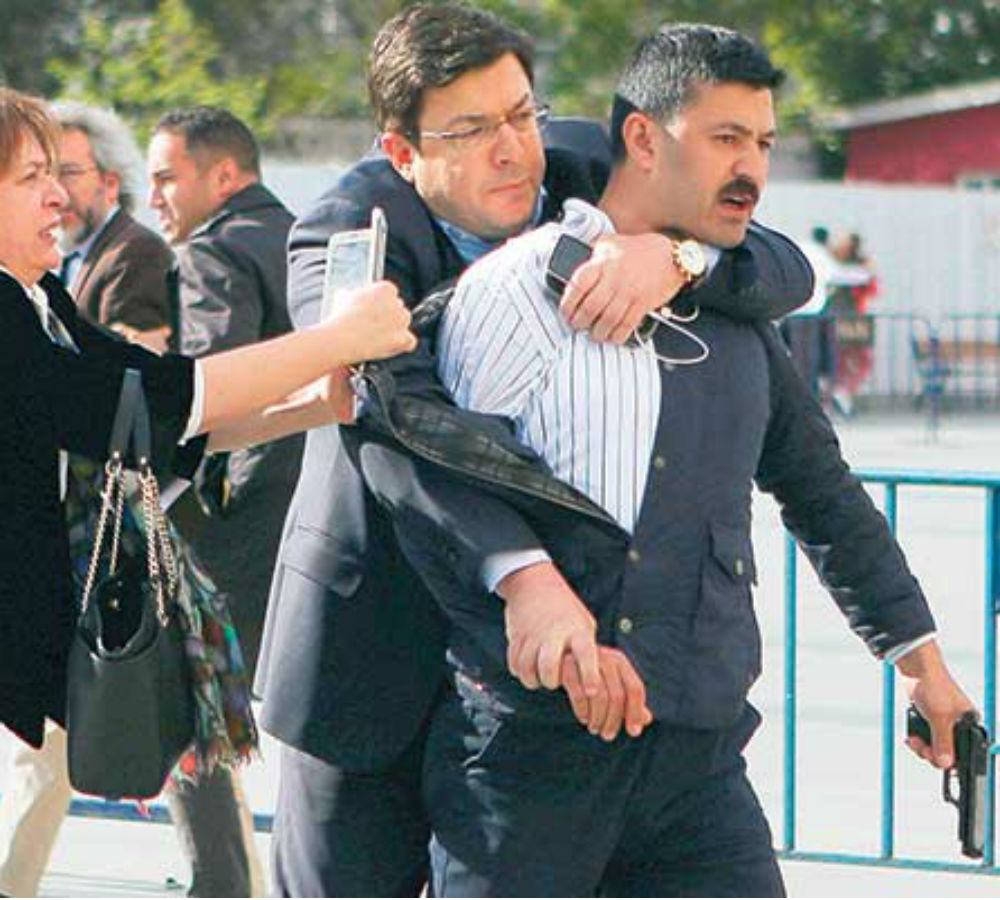 The indictment prepared by prosecutor Abdullah Yurtsever, seeks from four to eleven years in jail for the assailant who opened fire on journalist Can Dündar.

The prosecutor also asked for two other suspects in the case to be imprisoned from two years to seven years, Turkish media reported on Monday.

The assailant Murat Şahin had opened fire on Dündar in front of İstanbul Courthouse on May 6. Dündar had left the scene unharmed, while a reporter, Yağız Şenkal were slightly injured.

The police immediately captured Şahin after the attack and later captured S.B and H.E.C who allegedly instigated the crime.

Dündar is currently on trial and accused of “espionage” after publishing an article on the alleged transportation of weapons to radical groups in Syria by Turkish intelligence.

The charges stem from a terrorism investigation launched after Cumhuriyet in May of last year published photos of weapons it said were being transferred to Syria in trucks operated by MİT.

President Recep Tayyip Erdoğan, who has cast the newspaper’s coverage as part of an attempt to undermine Turkey’s global standing, said he would not forgive such reporting.