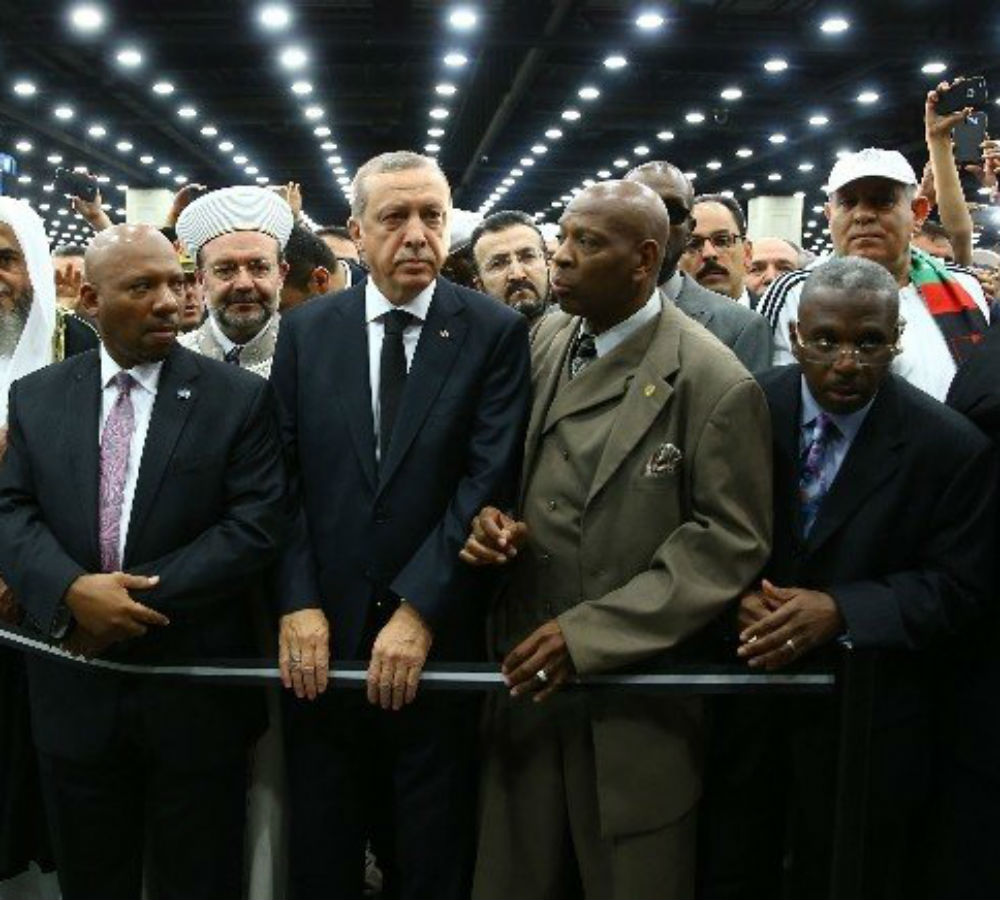 President Recep Tayyip Erdoğan, who went to United States on Wednesday to attend the funeral and the memorial ceremony of the boxing legend Muhammed Ali, cut his trip short and returned to Turkey a day sooner than expected.

The former world heavyweight-boxing champion Ali had died at the age of 74 at an Arizona hospital last Friday.

NTV’s Washington DC correspondent Hüseyin Günay posted a tweet about Erdoğan’s trip on Thursday, saying, “President Erdoğan cut the US trip he has made for Muhammed Ali short, he is returning to Turkey tonight.”

It is reported by Turkish media that Erdoğan wanted to put a little piece of black cloth that covers Kaabah — a building at the center of Islam’s most sacred mosque, Al-Masjid al-Haram, in Mecca – on Muhammed Ali’s coffin but was not allowed to do so. The authorities reportedly took the piece of cloth from Erdoğan, saying that they would put it on the coffin later on.

Erdoğan and Mehmet Görmez — head of Turkey’s Religious Affairs Directorate — were both also reportedly not permitted by Ali’s family to read the Quran during the funeral.

There are claims that Erdoğan became upset and decided to return to Turkey immediately after these developments.

Earlier this week Bob Gunnell, Ali’s spokesperson, announced that Erdoğan’s name was taken out of the list of people who were to make a speech during the funeral because two more people were just added to the list, leaving no room for guest speakers.

Ali was suffering from Parkinson’s disease since 1984 and other health issues stemming from the disease for years. His death sparked an outpouring of affection and admiration across the world.