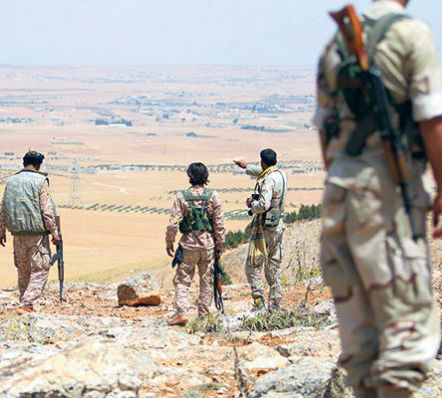 Turkey has made a warning against the Kurdish Democratic Union Party (PYD), which is the Syrian offshoot of the terrorist Kurdistan Workers’ Party (PYD), saying the country will shoot in the event that PYD members come closer than 15 kilometers to the Turkish border.

Turkey’s move came as the United States (US)-led offensive by the Syrian Democratic Forces (SDF) to take over the Syrian town of Manbij entered its eighth day. The PYD is a major group within the SDF and designated as a “terrorist organization” by Turkey. Manbij is known as a vital supply route for the terrorist Islamic State of Iraq and Syria (ISIS).

The PYD members are currently within 35 kilometers of the Turkish border with Syria. Over the past 24 hours, the PYD reportedly took control of more than 30 villages and towns spanning an area of 640 square kilometers.

According to reports, Turkey has notified the US officials of its disturbance by the advance of the PYD towards its border. The US is claimed to have assured Turkey that its support for the PYD will end after ISIS is no longer a threat and that Arabs will dominate the region.