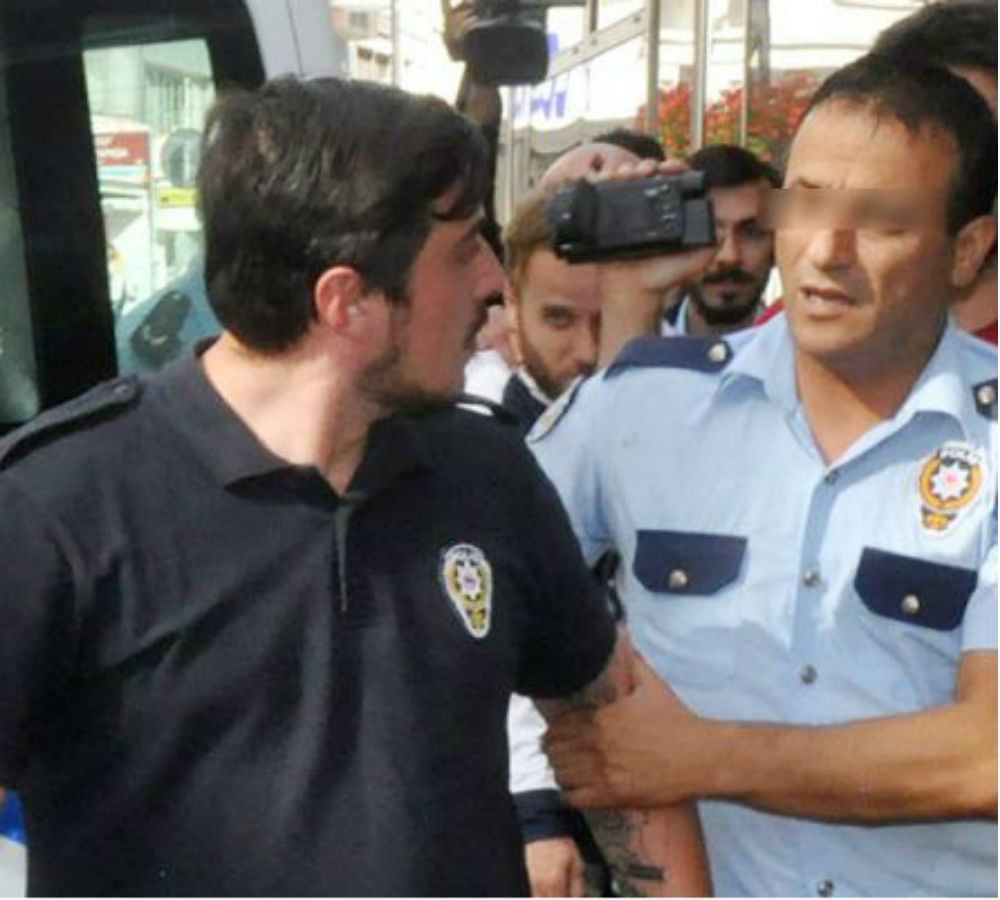 Four people were briefly detained after a man threw a shell casing in front of Republican People’s Party (CHP) leader Kemal Kılıçdaroğlu as the politician was attacked, following the funeral service held on Wednesday for police officers who were killed in Tuesday’s bomb attack in İstanbul.

During the funeral ceremony at the Fatih mosque, several participants tore down the wreath bearing the name of Kılıçdaroğlu. The wreath was thrown out of the mosque’s courtyard, where it was afterwards kicked by an individual. İstanbul Police Chief Mustafa Çalışkan responded to the protesters, telling them to calm down. Ahead of the funeral prayer, a group of people, supposedly ruling Justice and Development Party (AK Party) supporters, attacked Kılıçdaroğlu. One of the assailants later threw a shelling case in front of the CHP leader. The assailant was spotted talking with Prime Minister Binali Yıldırım earlier in the ceremony, the pictures that emerged in the aftermath of the incident indicated.

The man was then removed from the mosque and detained by the police. Later in the day, three more people were detained in connection with the incident.

The man who threw the shell casing to Kılıçdaroğlu was later in the day revealed to be the uncle of one of slain police officers.

The detainees were released later on Wednesday.

CHP İstanbul deputy Gürsel Tekin spoke to the media regarding the incident, saying “If this provocation is not investigated, the government should pay a price for it. If the government is not going to take necessary measures to protect the main opposition, the CHP will have to take its own measures and we will go to funerals with our organization.”

The ceremony was attended by 11th President Abdullah Gül, Prime Minister Yıldırım, as well as a large number of deputies both from the AK Party and the CHP.