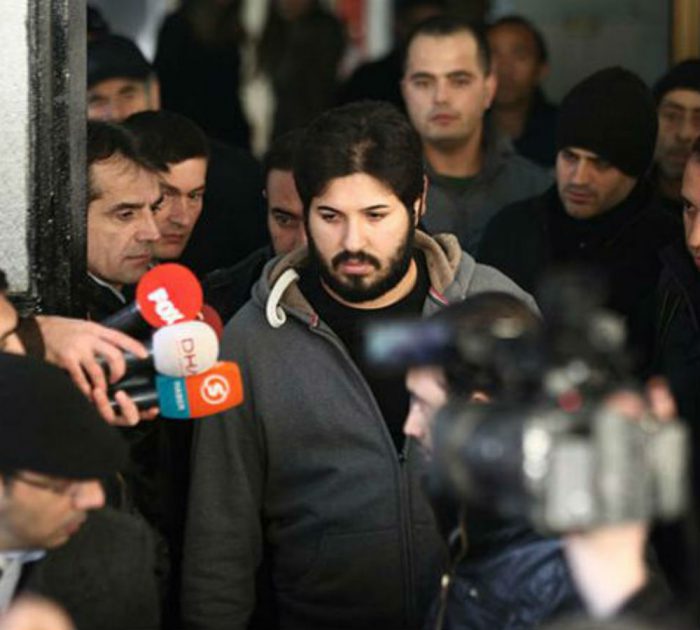 The United States’ (US) trial of Iranian-Turkish billionaire Reza Zarrab, who was the prime suspect of Turkey’s 2013 massive corruption scandal involving the government, have disclosed further money traffics relating to the Turkish case that were previously unknown.

According to the Cumhuriyet daily, the revelations in the US trial indicated that Zarrab’s alleged partner Babak Zanjani, another Iranian mogul, laundered Euro 650 million through A&T Bank in Turkey, after the bank’s takeover by the state-run Turkish Saving Deposit Insurance Fund (TMSF) on July 4, 2011.

In addition, it was reported that the indictment against Zarrab includes the names of several pro-government Turkish media bosses, editors and columnists.

Zarrab was among 21 people — including the sons of three then-ministers, a district mayor, a director of a state-owned bank and other high-profile figures — who were arrested as part of the corruption and bribery operation that erupted in Turkey on Dec. 17, 2013 in a series of simultaneous police raids. Zarrab and all the other suspects were released and the charges were dropped after a government move that dismissed the prosecutors who oversaw the investigation, after then-Prime Minister Erdoğan called the investigation a “coup attempt.” In addition, thousands of prosecutors, judges and police chiefs were reassigned, dismissed or imprisoned for taking part in the corruption investigation.

Zarrab was arrested by US authorities in Miami in late March on charges of conspiring to violate US sanctions on Iran, bank fraud and money laundering. Preet Bharara, the US Attorney for the Southern District of New York, is seeking up to 75 years of imprisonment against Zarrab.

According to Cumhuriyet, a company group opened USD, Euro and Saudi riyal accounts in an A&T Turkey branch in February 2011. Monthly transaction volume of the accounts was around $100,000 and belonged to a shell company. Between Aug. 19, 2011 and March 21, 2012, one of these accounts received Euro 670 million from a foreign bank and the money was transferred to another account in the same day, which was determined by the US authorities. The account that received the money was also owned by a shell company. There were also a number of other suspicious transactions from the same account.

The prosecutors overseeing the trial against Zarrab determined that the money transferred over the A&T Bank belonged to Zanjani, who has close ties with Zarrab and was recently sentenced to death in Iran for embezzlement.