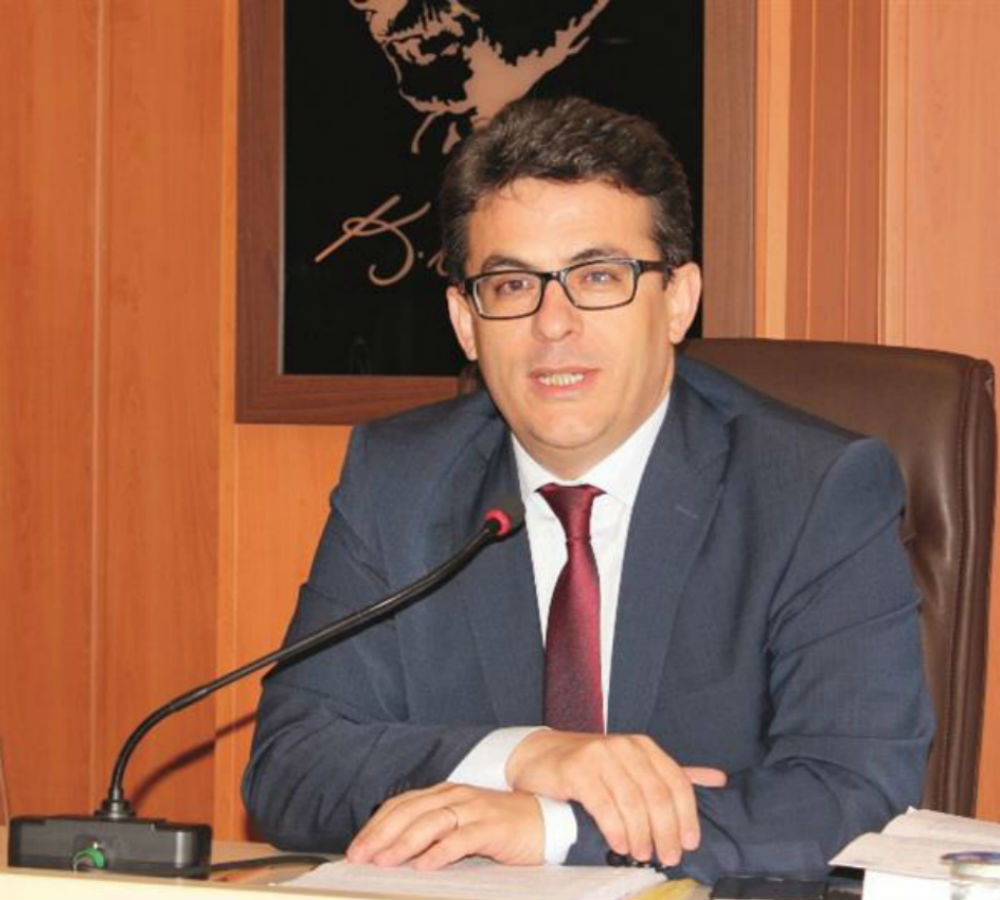 The Supreme Board of Judges and Prosecutors (HSYK), the body that decides the appointments and promotions of those in judicial positions, has reassigned Judge Murat Aydın, who applied to Constitutional Court to annul a Turkish Penal Code (TCK) article on “insulting the president.”

HSYK issued a decree for 2016 appointments in Turkey on Monday, reassigning 3,746 judges and prosecutors to different provinces or districts in what is largely seen as the continuation of deliberate reshuffling of judiciary members who are not trusted by the ruling Justice and Development Party (AK Party) government.

Judge Aydın announced his reassignment on his Twitter account early on Monday, saying, “I was banished [from İzmir] to Trabzon Courthouse by HSYK because of the rulings I gave, my ideology and my attitude.”

Stating that his wife Judge Gülay Aydın was also reassigned to Trabzon, Aydın said in consecutive tweets: “Because banishing me was not enough for them, they also banished my wife Judge Gülay Aydın. I will analyze this issue in detail as soon as I could [be calm and reasonable enough to] form sentences that become my profession and me. I leave this issue to the discretion of my nation, for whose behalf I use the authority to judge.”

On March 11, 2016, Judge Aydın applied to the Turkish Constitutional Court for the annulment of a controversial Article 299 of the TCK, which deals with “insulting the president.” Aydın argued that the article violates the principals of “rule of law,” “equality before the law” and “right to prove an allegation” stated in the Article 2, 10 and 39 of the Constitution respectively.

Shortly after Dec. 17, 2013, when prosecutors detained several businessmen and the sons of three ministers on corruption charges — who have all since been released — the HSYK reappointed some of the prosecutors conducting the graft investigation. Some chief prosecutors were demoted to the post of an ordinary prosecutor.

There have also been thousands of reappointments and demotions in the police force and the chief security officers who led the corruption investigation were expelled. Many observers say that reshufflings mainly target those officers who are not trusted by President Erdoğan and the AK Party government.

A total of 1,845 cases were opened against people accused of insulting Turkish President Recep Tayyip Erdogan since he came to office in 2014, Justice Minister Bekir Bozdağ said in March 2016.