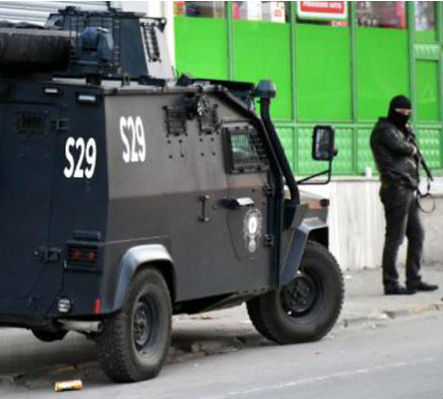 Three individuals were detained in the southeastern province of Gaziantep on suspicion of having links to the terrorist Islamic State of Iraq and Syria (ISIS), and then put on supervised release, the Turkish news agencies reported on Monday.

The operation took place in the Nizip district. According to a statement issued by the Gaziantep Governor’s Office, among the three people detained by the counter-terrorism police are E.K., who is claimed to be in charge of Turkey’s southeastern border area for ISIS.
The three suspects were later referred to a court and were put on supervised release, reports say.

In the meantime, ISIS targets, which were reportedly preparing for assaults on Turkey from across the Syrian border, were struck on Sunday by the Turkish Armed Forces (TSK) by shelling from the border and hit by United States (US)-led coalition airstrikes at the same time, resulting in the death of seven ISIS members and the destruction of their weapon mechanisms.