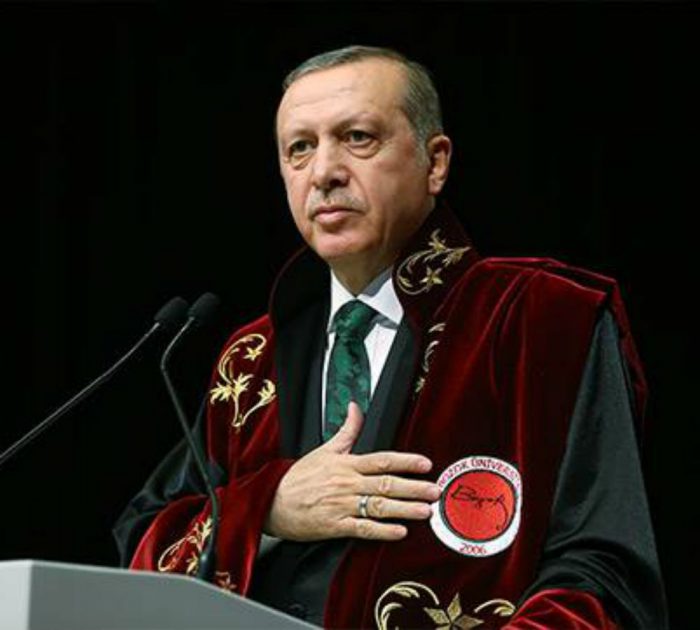 Marmara University Rector Mehmet Emin Arat said in a written statement on Friday that President Recep Tayyip Erdoğan was a graduate of the university and the claims on the social media that Erdoğan does not actually have a degree were “unfair” and “baseless.”

The claim that Erdoğan’s diploma was fake have long been discussed in Turkey. Marmara University had released a copy of Erdoğan’s diploma after the claim, however the released diploma caused more doubts. The released diploma had said “school of business administration” as the department Erdoğan graduated from, however Erdoğan previously wrote in his CV that he graduated from faculty of economics and commercial sciences.

Arat said that Erdoğan’s faculty was later merged with “school of business administration” and it was written on Erdoğan’s diploma on his request.

Hashtags #DiplomasıDaSahte (His diploma is also fake), #HaniMişDiploma (Where is the diploma) and #YaDiplomaYaİstifa (Either [show the] diploma or resign!) have been becoming trending topics in Turkey and world lists recently. Arat said that he claims on the social media did not have any legal, official or historical basis and he would take legal action if the people keep talking on the issue.

Meanwhile, a deputy from Republican People’s Party (CHP) proposed a bill to bring about a constitutional change to remove “having a university degree” condition necessary to be chosen as the President. CHP Ankara deputy Murat Emir asked the condition to be changed into graduation from a secondary school.

“President Erdoğan cannot come out and make a clear explanation about the debate on his graduation. We proposed such a bill to prevent the discrediting of our country in the person of Erdoğan,” Emir said.