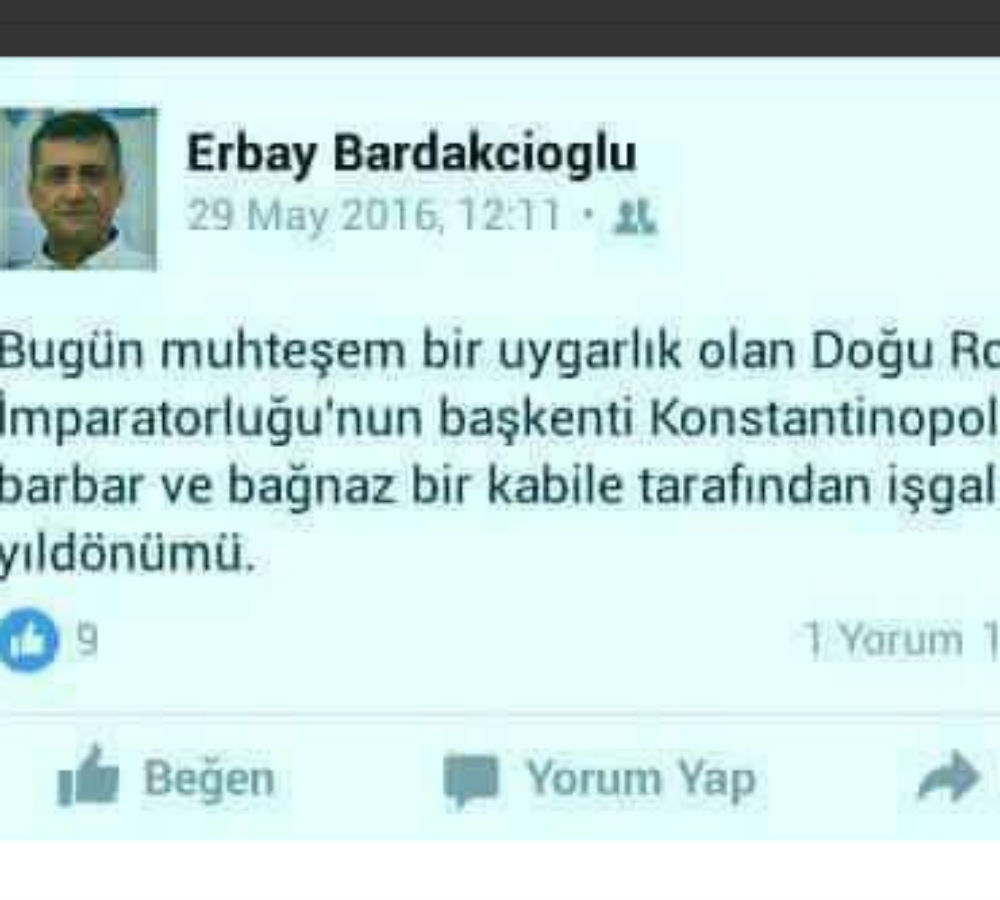 A professor at Adnan Menderes University in Aydın province was suspended after posting a tweet, in which he criticized the Ottoman conquest of İstanbul in 1453.

Professor Erbay Bardakçıoğlu’s tweet on May 29 read, “Today is the anniversary of the invasion of the Eastern Roman Empire’s, which was a great civilization, capital Constantinople by a barbaric and fanatic tribe.”

Bardakçıoğlu deleted his tweet after it caused an outrage on social media. The university’s rector Cavit Bircan had also criticized the professor on his twitter account.