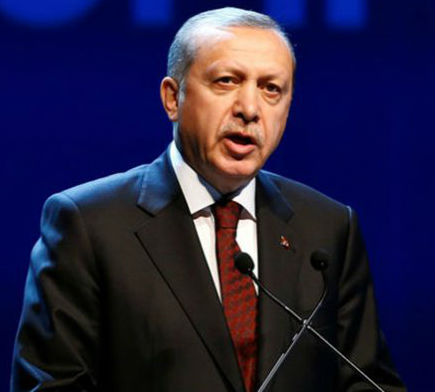 President Recep Tayyip Erdoğan said on Tuesday that the downing of a Russian jet by Turkish F-16s in November 2015 on the grounds that it violated Turkish airspace, was Russian pilot’s mistake.

Erdoğan stated, “It is really thought-provoking for Russia to give up on the whole Turkey due to the fault or mistake of one pilot.”

On Nov. 24, Turkish F-16s had downed a Russian jet. One of the Russian pilots and a Russian soldier, who attended the rescue operation for pilots, had died.

The incident had sparked diplomatic and economic crises between the two countries.