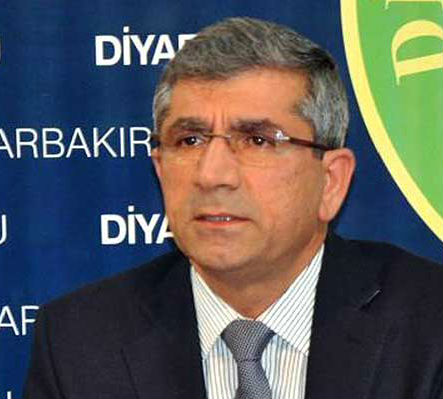 Zelal Elçi, the niece of Tahir Elçi, former head of the Diyarbakır Bar Association who was assassinated in November 2015, was detained by police as part of an operation against the terrorist Kurdistan Workers’ Party (PKK) in the southeastern province of Şırnak on Sunday.

Zelal Elçi is working as a teacher in Şırnak’s Cizre district, a predominantly Kurdish area. She is the daughter of late bar association head’s brother Ömer Elçi. According to reports, Elçi was detained early in the morning while she was at her home. A number of other individuals were also detained within the same operation. The names of other detainees have not been publicized yet.

It is unknown what charges have been brought against Elçi. News agencies reported that the operation took place under an investigation, which is currently being overseen confidentially.

Zelal Elçi’s uncle Tahir Elçi, a Kurdish lawyer and the president of the Diyarbakır Bar Association, was shot in the head while he was delivering a public statement in Diyarbakır on Nov. 28, 2015. He was caught in the crossfire in a suddenly erupted clash between police and a group of PKK members. His death, which has not yet been solved, had sparked street protests across the country.