Ministry of Culture and Tourism has released statistics on tourists, stating that the number of tourists visiting Turkey decreased 28 percent in April, compared to the same month of 2015, showing the lowest level since 1999.

According to the data released by the ministry, the number of Russian tourists visiting Turkey also dropped 79 percent in April 2016.

After Turkey downed a Russian warplane over an airspace violation in late November of last year, Moscow launched several restrictions on Turkey, resulting in deepening revenue losses in Turkey’s tourism, agriculture and textile industries. The media has focused on the declining number of visitors to the country’s coastal resorts in reporting the effects on the tourism sector. 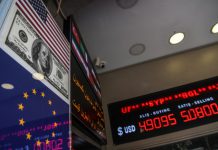