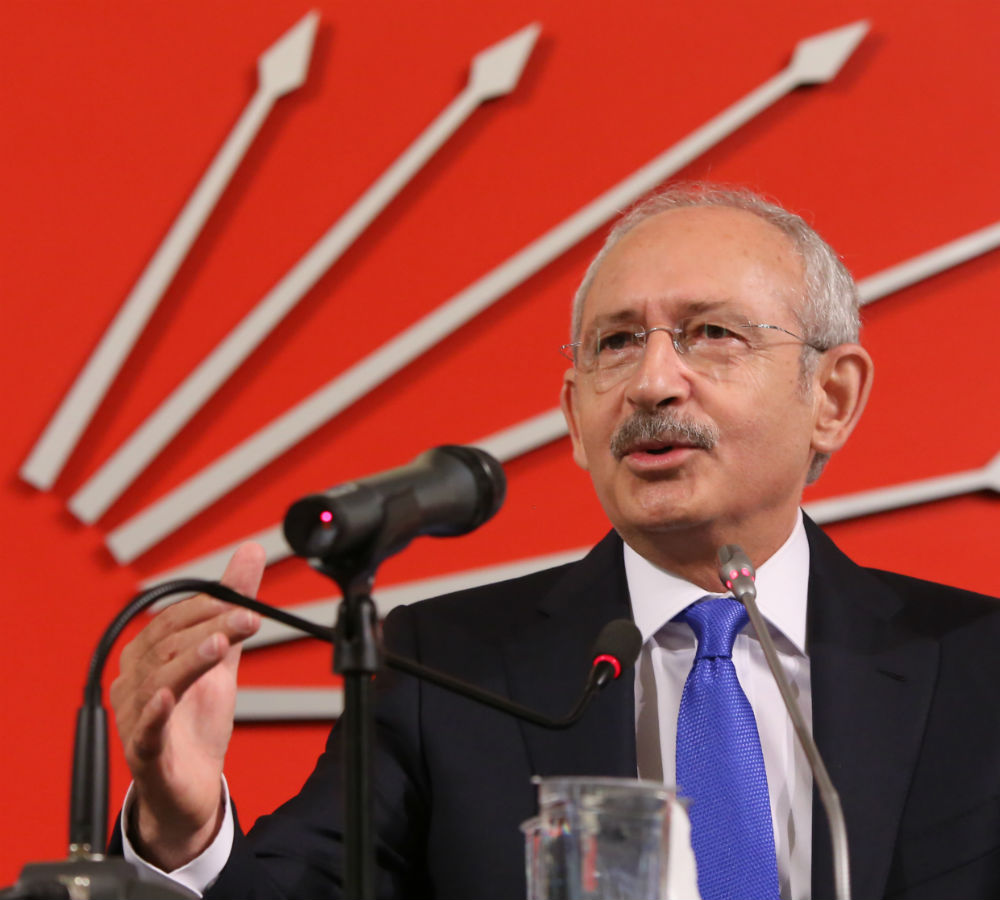 The Republican People’s Party (CHP) has issued a written statement on Tuesday saying that the ruling Justice and Development Party (AK Party) reduced the recent lift
of parliamentary immunity to address the terrorism issue, while Cabinet ministers involved in corruption keep their immunity.

The CHP held a meeting in the southwestern province of Antalya on Sunday. A statement released by the CHP elaborated that the meeting touched on the issues of judicial independence, foreign policy, education, economy and social peace.

In reference to Parliament’s vote on May 20 to strip deputies of immunities, the CHP statement said “Parliamentary immunities, which were portrayed by the AKP [AK Party] as obstruction in fighting terrorism, have been lifted only for the existing motions against [certain] lawmakers. With the removal of immunities, the AKP has no excuses left to claim for not ending Turkey’s terrorism problem.”

The statement also added that the AK Party had reduced the removal of parliamentary immunities to the issue of terrorism, noting “Cabinet ministers and the premier, who are involved in corruption and committed crimes, are still holding their immunities.”

In addition, the statement criticized the fact that deputies who might engage in any crimes after May 20 will not be affected by the removal of parliamentary immunities, as well.

According to the statement, the CHP has always defended in principle a permanent cancellation of parliamentary immunities except for immunity of speech, and that it should include the prime minister and ministers.

The AK Party’s move to scrap legislative immunities is widely considered an attempt to prosecute lawmakers from the pro-Kurdish Peoples’ Democratic Party (HDP), which is the third biggest party in the Turkish Parliament.