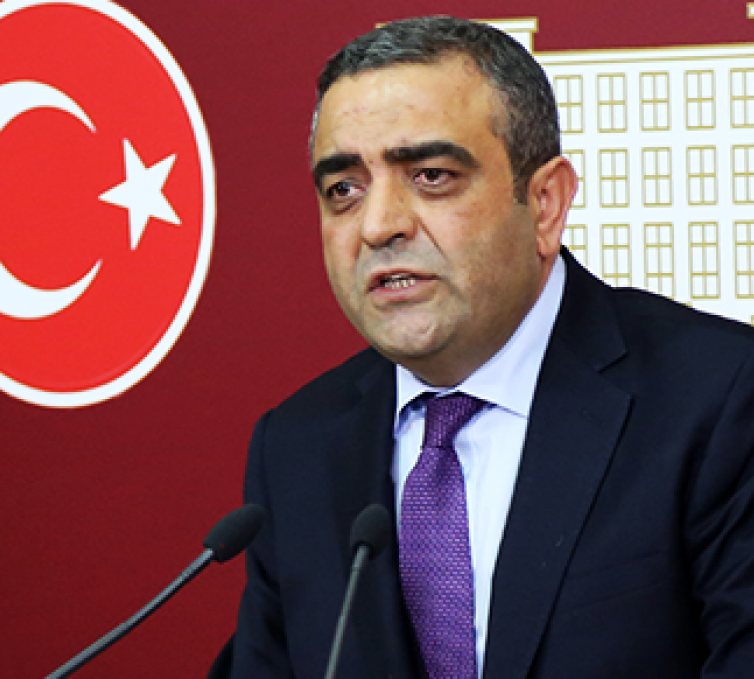 Republican People’s Party (CHP) deputy Sezgin Tanrıkulu visited the southeastern district of Sur, a predominantly Kurdish region, examining the vast destruction in the streets, following the lift of curfew in the area due to military operations, the Yarına Bakış daily reported on Wednesday.

Tanrıkulu, a member of the CHP legislative body and and an Istanbul deputy, traveled to the province of Diyarbakır and interviewed residents in the central Sur district. The CHP lawmaker also went to the street, where Diyarbakır Bar Association President Tahir Elçi was assassinated in November 2015.

Speaking to the media, Tanrıkulu stated that the history of Sur was demolished and that Elçi lost his life while he was trying to protect the legacy in Sur. In reference to the killing of Elçi, the CHP deputy said “He was murdered, the perpetrators are still unknown, but the perpetrators of this destruction are also unknown.”

Tanrıkulu shared his impressions of his Sur visit with the reporters, saying “I have interviewed a local, he told me that he lost keepsakes from elderly members of his family. He had around 300 copies of Quran and some unique works, which were burned [during the clashes].”

Tanrıkulu told the story of another resident, a woman, who lost a headscarf that was left from her late mother, along with her house, during the clashes. According to Tanrıkulu, shopkeepers in the neighborhood are also complaining because of government’s recent expropriation decision for the region.

The Turkish army had been conducting operations in the region against members of the terrorist Kurdistan Workers’ Party (PKK) until recently.