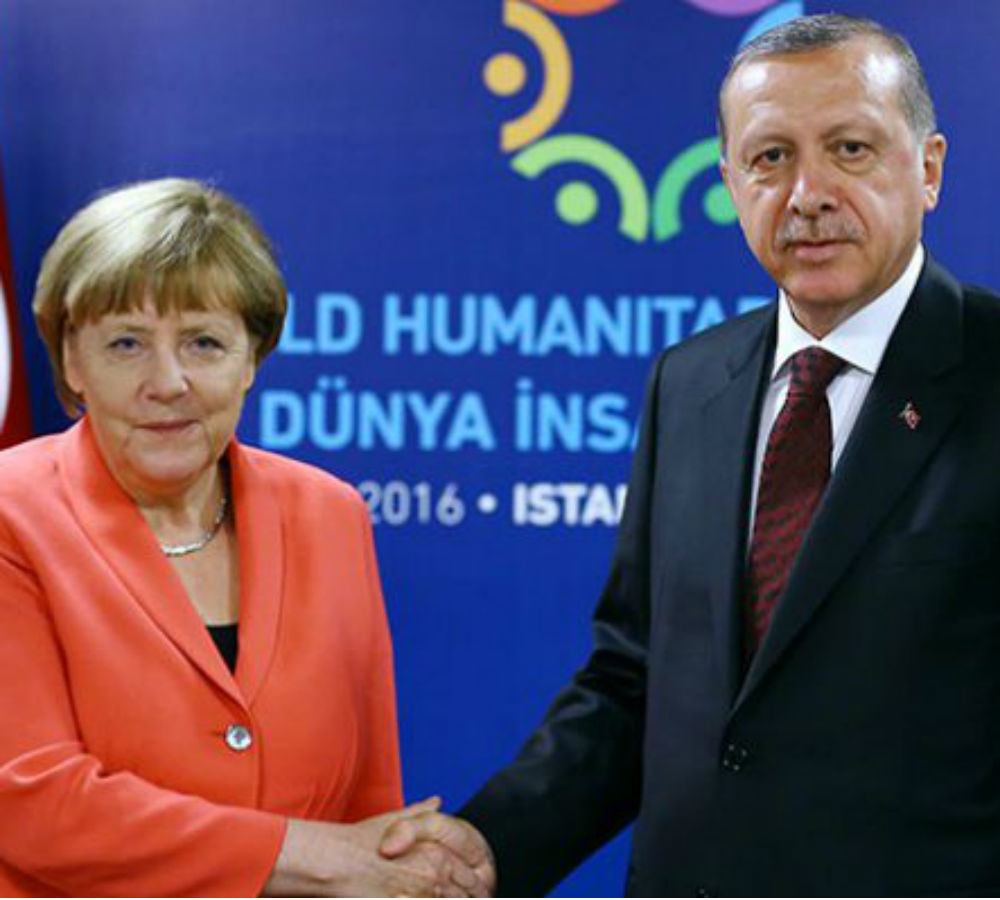 German Chancellor Angela Merkel said that she told Turkish President Recep Tayyip Erdoğan that Turkey needs a strong parliament at a meeting on the sidelines of World Humanitarian Summit on Monday.

Merkel’s remarks came after a bill, which calls for a constitutional amendment to remove the immunities of more than 100 lawmakers, were approved in Turkish Parliament last Friday. The move is considered to be politically motivated and seen by many as targeting the lawmakers from the pro-Kurdish Peoples’ Democratic Party.

Reacting to the approval of the bill, Merkel had told the Frankfurter Allgemeine Zeitung on Sunday that she would discuss the issue with Turkish President.

In the meeting, Merkel reportedly expressed her concern over the bill and also said, “I’ve made this clear in the conversation today that I also think we need an independent judicial system. We need independent media and we need a strong parliament.”

Merkel is usually criticized by her opponents for become too accommodating of Erdoğan while trying to secure a migrant deal to stem the migrant flow into Europe.

The chancellor also said that Turkey needs to fulfill the all of the obligations before its citizens were given the right to visa-free travel.

Erdoğan and Merkel also discussed Turkey’s fight against the terrorist Kurdistan Workers’ Party (PKK) at the sidelines of the first ever UN World Humanitarian Summit, hosted by Turkey.

“I’ve made clear that the fight against PKK is right and necessary, but on the other hand everything must be done so that people of Kurdish origin get a fair chance in Turkey, that they can participate when it comes to wealth and development of the country,” Merkel said.