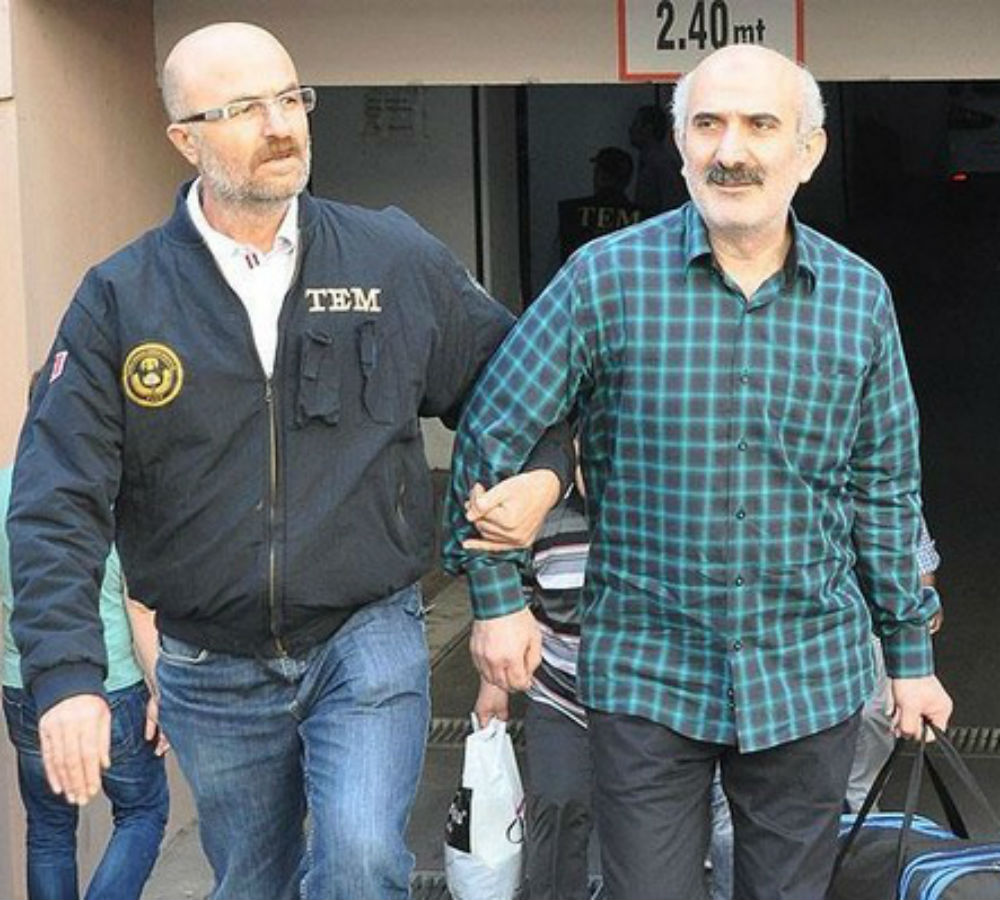 Fourteen out of 31 people, who were detained in İzmir after nearly 500 police officers raided and searched 80 addresses in the province on Tuesday, were arrested by an İzmir court on Saturday. Five more – including former Iğdır governor Ahmet Pek and three police chiefs Mustafa Çankal, Hüseyin Başak and Hüseyin Putur — were arrested in the same province on Sunday, as part of an investigation launched by İzmir Deputy Chief Public Prosecutor Okan Bato.

Fifteen people out of 20, who were also detained on Tuesday as part of operations targeting the Gülen movement — which is also known as the Hizmet movement and is a grassroots initiative comprising people inspired by Gülen – were arrested on Saturday while the remaining five detainees were released under judicial supervision.

Forty-three more people were detained as part of the same investigation carried out in Zonguldak, İzmir and Manisa provinces on Saturday.

The detentions and arrests were reportedly carried out against the “parallel state” or “parallel structure,” which are terms coined by then-prime minister and current President Recep Tayyip Erdoğan in December 2013 to refer to people believed to be inspired by the teachings of the Turkish Islamic scholar Fethullah Gülen, especially those within the state bureaucracy.

Since a corruption investigation came to public attention on Dec. 17, 2013, there have been many similar police operations carried out targeting shopkeepers, teachers, members of the judiciary, journalists and police officers who are accused of being affiliated with the Hizmet movement. The graft probe implicated then-Prime Minister Erdoğan, members of his family and senior Justice and Development Party (AK Party) figures.