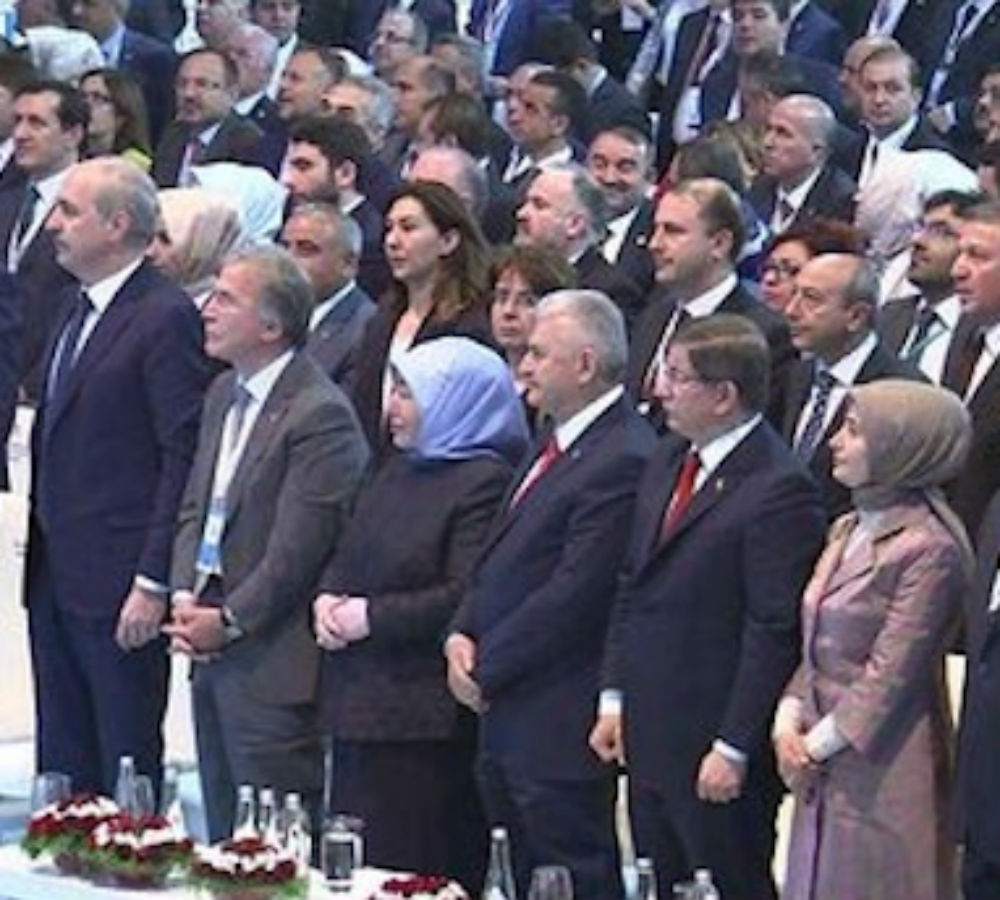 President Recep Tayyip Erdoğan’s message was read by Justice Minister Bekir Bozdağ, who is also the council head, and the audience stood on their feet while listening to it during the second extraordinary congress of the Justice and Development Party (AK Party) on Sunday.

“AK Party has only one leader and he is Recep Tayyip Erdoğan,” Bozdağ said in a speech he made earlier in the congress.

It was reported that the Minister of Transport, Maritime and Communications Binali Yıldırım, AK Party’s only candidate for chairman, walked into the congress arena while “Dombra,” a Turkish nationalist song that was used by then-Prime Minister Erdoğan in his campaign for the March 30, 2014 local elections, was playing.

Davutoğlu also made a farewell speech, saying they did not give any credit to those who expect chaos and instability from AK Party. “It was not my intention or desire to hold a congress and I know that this hurts your conscience. … We might bid farewell to our positions and offices, but we would never say goodbye to our principles and ideals,” Davutoğlu said.

Prime Minister Ahmet Davutoğlu announced the extraordinary congress on May 5 and stated that he would not run for the party leadership.

AK Party spokesman Ömer Çelik held a press meeting around 1 p.m. on Thursday and announced that Binali Yıldırım was named as the party’s only chairman candidate.