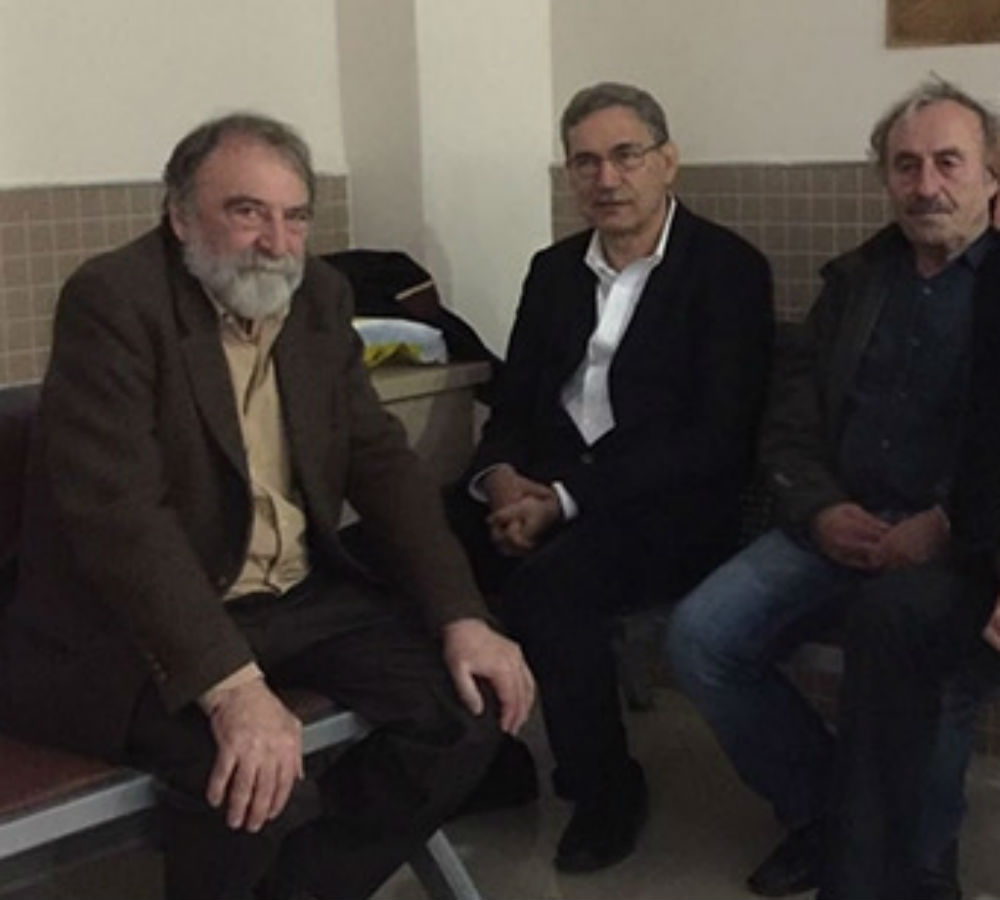 Murat Belge, a well-known Turkish writer, columnist and human rights activist, appeared at an İstanbul court on Tuesday over charges of insulting Turkey’s President Recep Tayyip Erdoğan in one of his columns published in the Taraf daily last September.

Belge is facing a prison sentence of from one up to four years.

Speaking to reporters at the end of the first hearing of the trial, Belge said: “I have joined one of Turkey’s most crowded clubs. It is the club of those insulting Recep Tayyip Erdoğan. It looks we are around 2,000 people.”

According to a statement from Turkey’s Justice Minister Bekir Bozdağ in March, Turkish prosecutors have opened nearly 2,000 cases against people for insulting President Erdoğan since he was elected to presidency in August 2014.

In the meantime, Nobel laureate novelist Orhan Pamuk was among those who followed Belge’s trial on Tuesday.

Pamuk said he attended the trial to give support to Belge, adding that he has been reading Belge’s articles for 50 years, learned much from him and never witnessed his using an insulting language in his articles.

The novelist said the insult charges directed against Belge and thousands of other people actually aim to silence independent thinking and intimidate government critics.