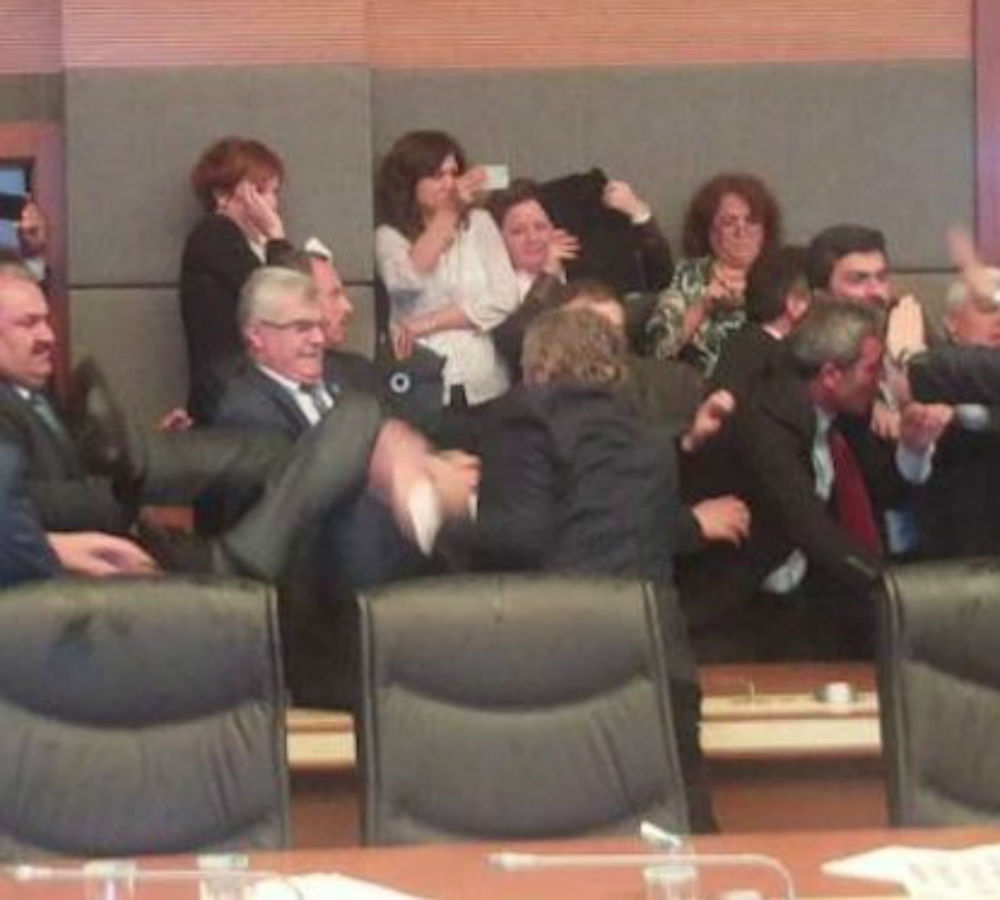 A controversial proposal by the Justice and Development Party (AK Party) on lifting immunities of lawmakers were adopted by a parliamentary commission on Monday night amidst an exchange of fistfight among the deputies.

The ruling AK Party, the main opposition Republican People’s Party (CHP) and the opposition Nationalist Movement Party (MHP) supported the proposal which was voted after a brawl that erupted between HDP and AK Party deputies.

HDP deputies walked out the commission in protest.

The CHP and the MHP had earlier announced support to the proposal which was recently filed by the AK Party on lifting immunities of deputies from prosecution.

The proposal, which was submitted to Parliament last month with the support 316 AK Party deputies, suggests lifting the immunities of all deputies who currently face probes.

The proposal particularly targets some deputies from the HDP, who have been long accused of supporting the PKK by the government.