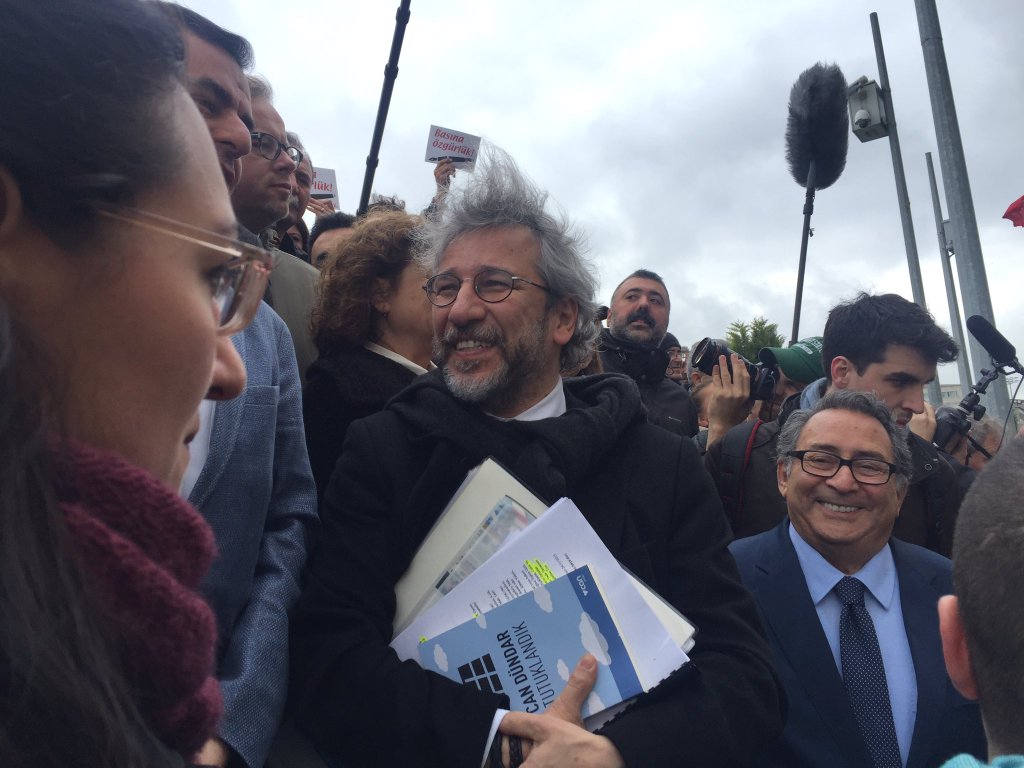 An İstanbul court has rejected a request by a prosecutor overseeing a case in which two leading editors of the Cumhuriyet daily are accused of “espionage” after publishing an article on the alleged transportation of weapons to radical groups in Syria by Turkish intelligence to merge the case with a separate ongoing trial into the search of the trucks by security forces.

The third hearing in the trial of the editor-in-chief of the Cumhuriyet daily, Can Dündar, and the paper’s Ankara representative Erdem Gül was held at the İstanbul 14th High Criminal Court on Friday. During the hearing, the prosecutor involved in the case asked the court to merge the journalists’ case with a separate trial that is underway at the Supreme Court of Appeals 16th Criminal Chamber but the court rejected the request.

The journalists’ trial was adjourned until May 6.

Dündar and Gül were arrested on Nov. 26, 2015 on charges of membership in a terrorist organization, espionage and revealing confidential documents — charges that could keep them in prison for life. The charges stem from a terrorism investigation launched after Cumhuriyet in May of last year published photos of weapons it said were being transferred to Syria in trucks operated by MİT. They were later released pending trial after a decision by the Constitutional Court  which ruled that their righst were violated with pre-trial detention.

President Recep Tayyip Erdoğan, who has cast the newspaper’s coverage as part of an attempt to undermine Turkey’s global standing, said he would not forgive such reporting.
He has acknowledged that the trucks, which were stopped by gendarmerie and police officers en route to the Syrian border, belonged to the MİT and said they were carrying aid to Turkmens in Syria.

At a separate hearing at the Supreme Court of Appeals 16th Criminal Chamber, four prosecutors and a former military commander face life in prison for exposing alleged government weapons shipment to Syria.
They were arrested earlier this year and they are charged with seeking to overthrow the government and revealing state security information. They could face life in prison if found guilty.

Four trucks were searched in the southern province of Adana in raids by police and gendarmerie, one in November 2013 and the three others in January 2014, on the orders of prosecutors acting on tip-offs that they were carrying weapons, prosecutors involved in the searches said.