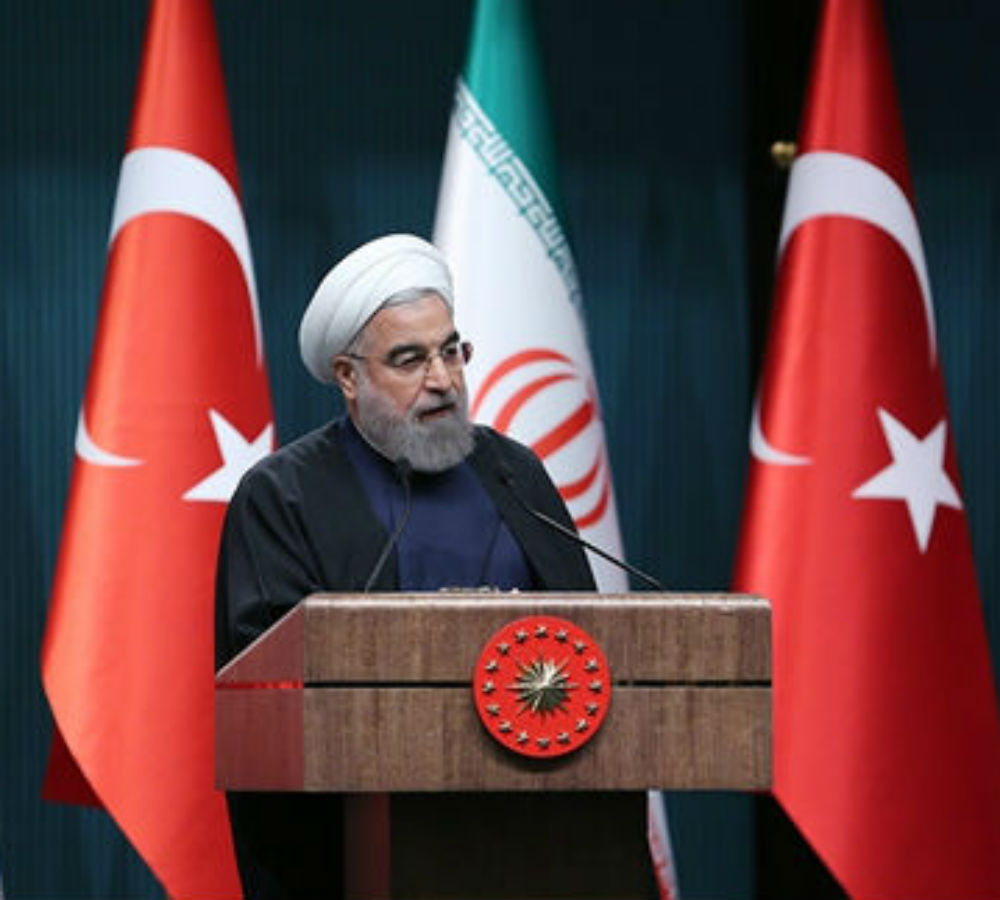 “The economies of Iran and Turkey are complementary,” Rouhani said at a joint conference following the Turkish-Iranian High-Level Cooperation Council meeting in Ankara on Saturday. “The most important part is working closer between credit lines and banks. Turkish banks can establish branches in Iran, we decided to improve banking relations,” he added.

The White House’s said the deal with Iran did not include allowing Iranian banks to access to international financial markets.

One of the most consequential parts of the deal is the lifting of sanctions on Iran’s energy export. Iran is already a big energy exporter to Turkey.

Rouhani said his country could fulfill Turkey’s energy needs. Turkey already imports natural gas from Iran, and the two countries are looking to triple the bilateral trade to $30 billion in the upcoming years. “The situation is ripe for collaboration with Turkey in the post-sanctions era,” he underlined.

Iranian president arrived in Turkish capital on Saturday and met with Erdoğan at his sumptuous Presidential Palace, after two days long Organization of Islamic Cooperation (OIC) summit, where Iran was singled out for supporting terrorism in Syria and Yemen.

During his remarks Rouhani also said: “We have some differences on small matter and think in a different way, which is very normal. We are ready to fight against terrorism and promote Islam in the world accurately.”

Ankara and Tehran are at odds over Syria. Tehran has been a staunch ally of Syrian President Bashar al-Assad since the country’s civil war started five years ago, while Ankara has stood by regime’s opponents.

In the joint conference with Iranian president, Erdoğan said: “We have to work together to overcome sectarianism, terrorism and also other humanitarian crises which are rattling our region.”

Turkish military has been under fire by both ISIL and the Kurdistan Workers‘ Party (PKK) militants. The country is seeking international backing in its fight especially in southeastern Turkey.

In that regard, Erdoğan called for zero tolerance on terrorism. “In our understanding there is no ‘good terrorist/bad terrorist’ distinction.”