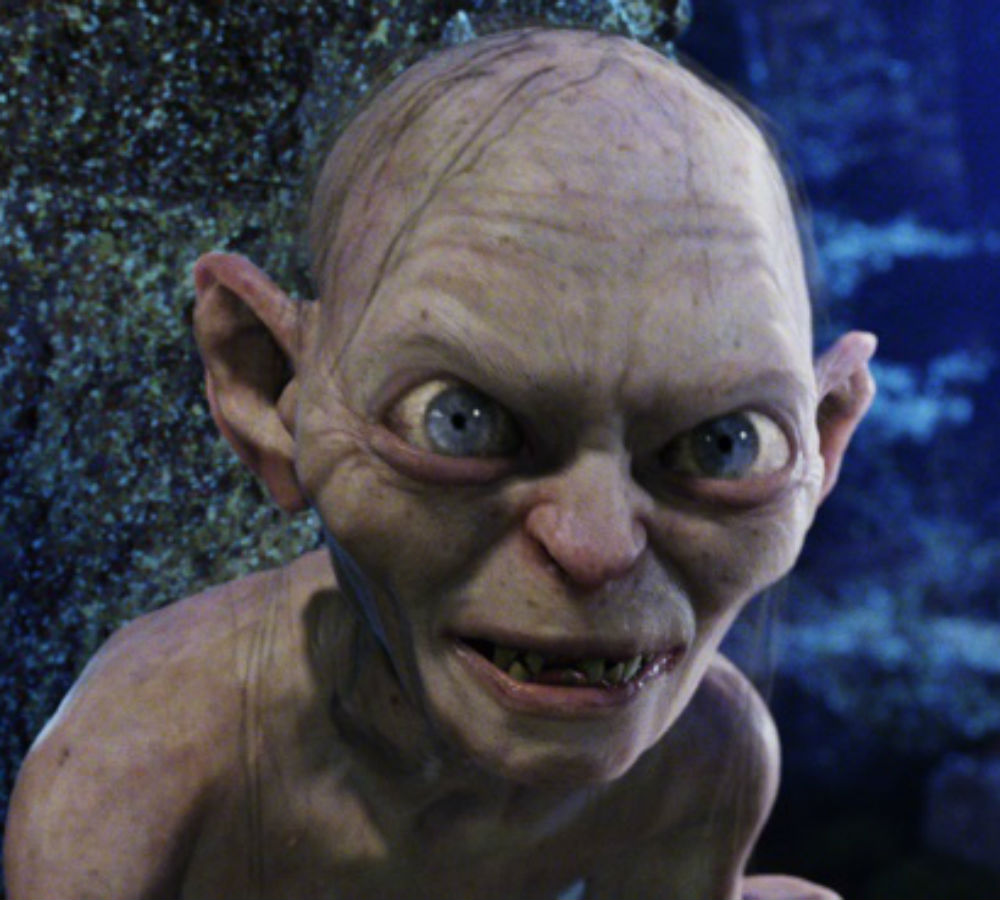 A Turkish expert has concluded that Gollum, a fictional character likened to the easily-offended Turkish president, is a “good, peace-loving, loyal and positive character” as long as it is not “under the influence of the ring.”

Last year, a Turkish court in Western province of Aydın asked an expert to evaluate whether or not the Gollum was an evil character after physician Bilgin Çiftçi was accused of insulting Turkish President Recep Tayyip Erdoğan by comparing their similarities in his Facebook post.

Bilgin Çifti is seen while leaving a courthouse.

Çiftçi shared three facial expressions by Erdoğan and Gollum side by side on his Facebook page on Aug. 23, 2014, and an investigation was opened immediately. Çiftçi lost his job as a public servant in October.

Gollum is a fictional character from the legendary fantasy trilogy, The Hobbit and The Lord of the Rings. The character often goes back and forth between scoundrel and victim, usually talking to himself. Sméagol is corrupted by one ring and constantly battles with Gollum, his benign alter ego.

Insulting the president is a crime in Turkey, according to the controversial Article 299 of the Turkish Penal Code (TCK). Whoever insults the president can face up to four years in prison, and it could go up if the crime is committed through the mass media.

Turkish newspaper Evrensel’s editor-in-chief Vural Nasuhbeyoğlu was summoned to courthouse for covering the Gollum case and sharing the meme.

The case attracted massive media attention all over the world, with social media users showing solidarity with the doctor.

Even the Oscar-winning director of the movie, Peter Jackson, offered a defence for the victim.

“The images of the character were actually Sméagol’s, Gollum’s benign alter ego,” Jackson said on his Twitter feed, as the case gained international prominence. Turkish social media users had a field day mocking the court for going into that much trouble in deciding whether the character was good or bad.

After the director’s statement, Elijah Wood, the actor who played the main Frodo character in the movie also tweeted about the incident. “That Bilgin Ciftci faces jail time for comparing Erdoğan to Gollum/Smeagol, regardless of whether he’s good or bad, is horrifying.”

Renowned political cartoonist Carlos Latuff expressed his concerns over the issue in a cartoon, questioning whether he will also be prosecuted.

According to a recent statement from Turkey’s Justice Minister Bekir Bozdağ, Turkish prosecutors have opened nearly 2,000 cases against people for insulting Erdoğan since he was elected to presidency in August 2014.