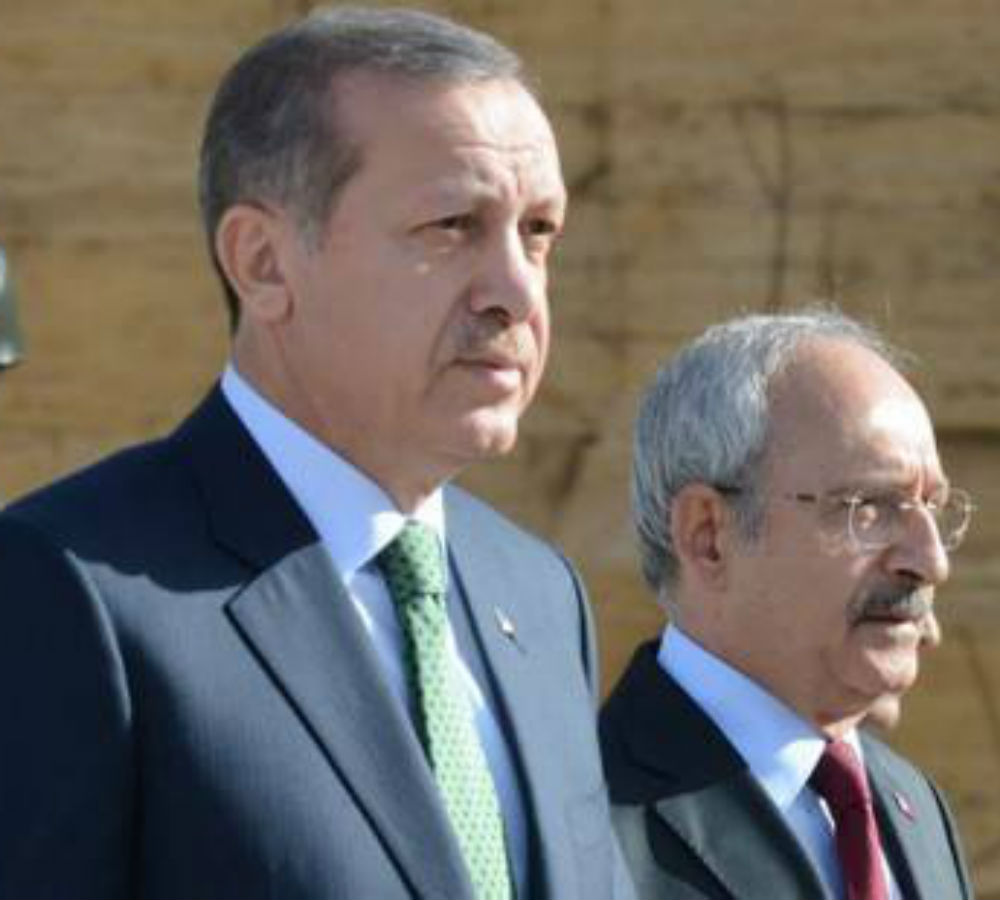 Main opposition Republican People’s Party (CHP) leader Kemal Kılıçdaroğlu on Thursday hit back at President Recep Tayyip Erdoğan who called him a “political pervert” on Wednesday, saying that Erdoğan is both a “political and sexual pervert” himself.

“The address for both sexual perversion and political perversion is Recep Tayyip Erdoğan,” Kılıçdaroğlu said during a speech at the Turkish Doctors Union in Ankara.

“I am asking this to that person. What does it mean to say I sit [at prime minister’s office] in Dolmabahçe and look at women and girls coming from Kadıköy [a secular district on Anatolian side of İstanbul]. Is not saying, ‘I’m looking at them,’ an act of perversion? Yes, the name of this is sexual perversion,” Kılıçdaroğlu said.

Erdoğan on Wednesday described Kılıçdaroğlu as a “political pervert” due to his remarks about Family and Social Policies Minister Sema Ramazanoğlu whom Kılıçdaroğlu accused of covering up a child rape scandal in Karaman province.

President Erdoğan who commented on Kılıçdaroğlu’s statements during one of his regular meetings with muhtars [neighborhood heads] at the presidential palace in Ankara, said: “The sexual pervert [in Karaman] over whom the main opposition party leader is seeking to make politics is now in jail and giving an accounting of his actions. But I wonder what we will do with these political perverts” in an apparent reference to Kılıçdaroğlu.

On Thursday, Kılıçdaroğlu also accused Erdoğan of “political perversion” on the grounds that he does not act in line with the requirements of the presidential oath he made while assuming the top state post.

He said although Erdoğan promised to be impartial in his oath, he gets involved in daily politics and attacks opposition parties.

The incident in Karaman, which came to public attention last month, caused a public outrage with many calling on authorities to shed light on the incident. The abuse of the boys by a male teacher allegedly took place in houses operated by the  Ensar Foundation in Karaman.

The defendant Muharrem B., (54), who has been charged with “sexual assault of a minor”, “deprivation of freedom” and “coercing a minor to read and watch obscene material”, was taken into custody on March 4 and later arrested. He now faces up to 600 years in prison

Since the time the incident went public, many government officials including Ramazanoğlu made statements that sought to distance the name of the Ensar Foundation from the scandal. Ramazanoğlu attracted huge criticism when she said just because such an incident of child abuse happened once, Ensar Foundation cannot be defamed because it is a foundation offering many important social services.

In a statement to the Cumhuriyet daily on Wednesday, the CHP leader rebuffed his critics, saying that it was actually a former government minister who first used the phrase of “lying down before someone” and he was making a reference to it.

Several months after Turkey was shaken by a corruption probe which became public with a wave of detentions on Dec. 17, 2013 in which senior government members were implicated, a wiretapped phone conversation between the prime suspect of the corruption investigation, Iranian-Turkish businessman Reza Zarrab, and then Interior Minister Muammer Güler was posted online.

In the wiretapped phone conversation leaked in February 2014, Güler tells Zarrab “Brother, be comfortable,” adding, “I swear to God, if there is such a thing [an investigation], I will lie down in front of you [to shield you],” assuring the businessman not to worry.