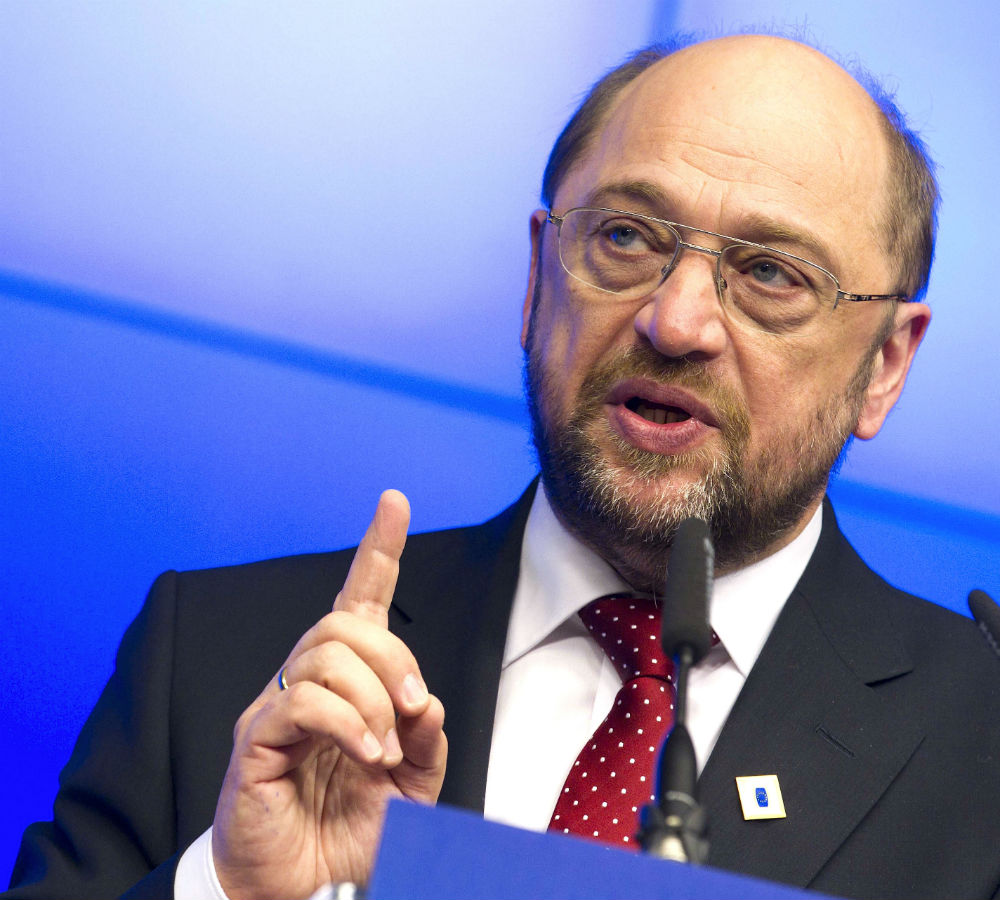 European Parliament President Martin Schulz said Sunday the EU must make no concessions to Turkey over human rights due to a refugee deal signed between Turkey and the EU.

“We must not be silent on violations of fundamental rights in Turkey just because we are cooperating on the refugee question,” he said.

Under a controversial agreement on refugee crisis, Turkey is due to take back illegal migrants from EU member Greece from Monday, when it will also start an orderly resettlement program of Syrian asylum-seekers to the 28-member bloc.

Turkey has received EU financial aid and other concessions as part of the refugee deal.

“On the contrary, we must denounce these violations and permanently stay in discussions with Turkey on freedom of expression and human rights issues,” said Schulz.

His remarks came during an interview with Germany’s Bild am Sonntag newspaper published on Sunday.

Turkish President Recep Tayyip Erdoğan and the Justice and Development Party (AK Party) government have been receiving growing criticism for cracking down on dissent and showing no respect to the principles of the freedom of the press and freedom of expression in the country.

Two major media groups, the İpek Media Group and Feza Media Group, were taken over by the government over the past months due to their critical editorial stance while hundreds of people in the country including journalists, academics and even teenagers are facing legal action for their critical views about the president or the government on the grounds that they insulted them.

Schulz said Europe must give no ground to President Erdoğan when it comes to fundamental freedoms.

According to Schulz, Erdoğan “went one step too far” when his government called in Germany’s ambassador last month over a satirical TV program that mocked the leader, demanding it be pulled off the air.

“It is unacceptable that the president of another country demands that we restrict democratic rights in Germany because he feels he was caricatured,” said Schulz, a German citizen.

A song lampooning Erdoğan that was broadcast on a German public television satirical show  sparked a diplomatic spat between Berlin and Ankara in March as Turkey summoned Germany’s ambassador to protest the two-minute clip “Erdowie, Erdowo, Erdogan”, which ridicules the president, his alleged extravagant spending and crackdown on civil liberties.

The German-language lyrics charge, among other things, that “a journalist who writes something that Erdoğan doesn’t like/ Is tomorrow already in jail”.