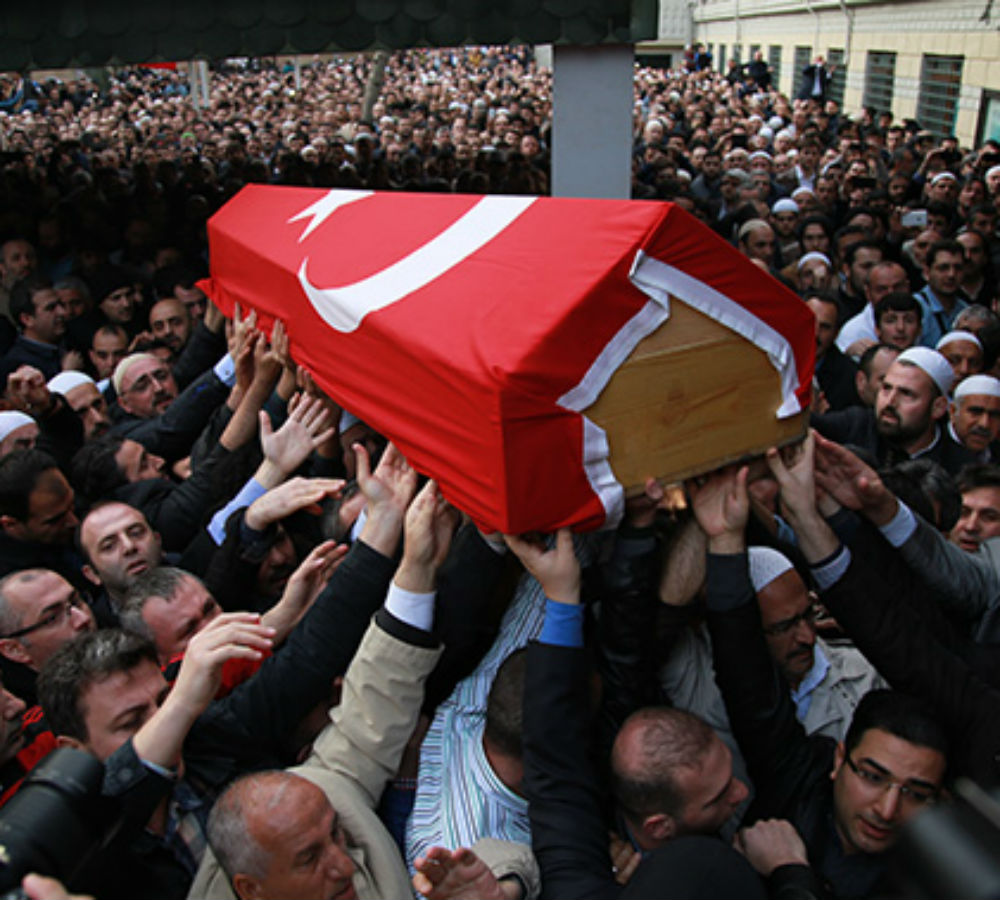 Thousands of people joined funeral prayers held for Hıdır Çalka, a Turkish teacher who was among five people who were killed when unidentified gunmen attacked a school bus carrying students, teachers and school staff in Mogadishu on Wednesday, in İstanbul on Saturday.

Çalka was among two volunteer expat teachers who were killed in the attack.

The other victim was an Azerbaijani citizen identified as Banu Kemaliye İsmailov. The other three victims were the driver of the bus, a translator and a security guard of the Turkish school in Mogadishu which was opened by Turkish entrepreneurs inspired by the teachings of Turkish Islamic scholar Fethullah Gülen.

The bodies of the two teachers were brought to İstanbul early on Saturday. İsmailov’s body was sent to her home country for burial while a funeral ceremony was held for Çalka in the afternoon.

Thousands gathered in front of Ulu Camii in the Bahçelievler district to pay final respects for Çalka. Among those who attended Çalka’s funeral ceremony were Somalian students who are receiving education in Turkey.

Gülen earlier issued a message of condolence for the two teachers. In his message posted on ozgurherkul.com website, Gülen said it is very unfortunate that expat teachers who went to Somalia for educational activities as well as Somalian teachers and students were made a target of such a terrorist attack, noting that he has been deeply saddened by the incident.

“I condemn this attack, its perpetrators and all kinds of terrorism,” the scholar said in his message.

Gülen offered his condolences to the families of the victims as well as the people of Turkey, Azerbaijan and Somalia over the tragedy. He also wished a speedy recovery to those who have been injured in the attack.