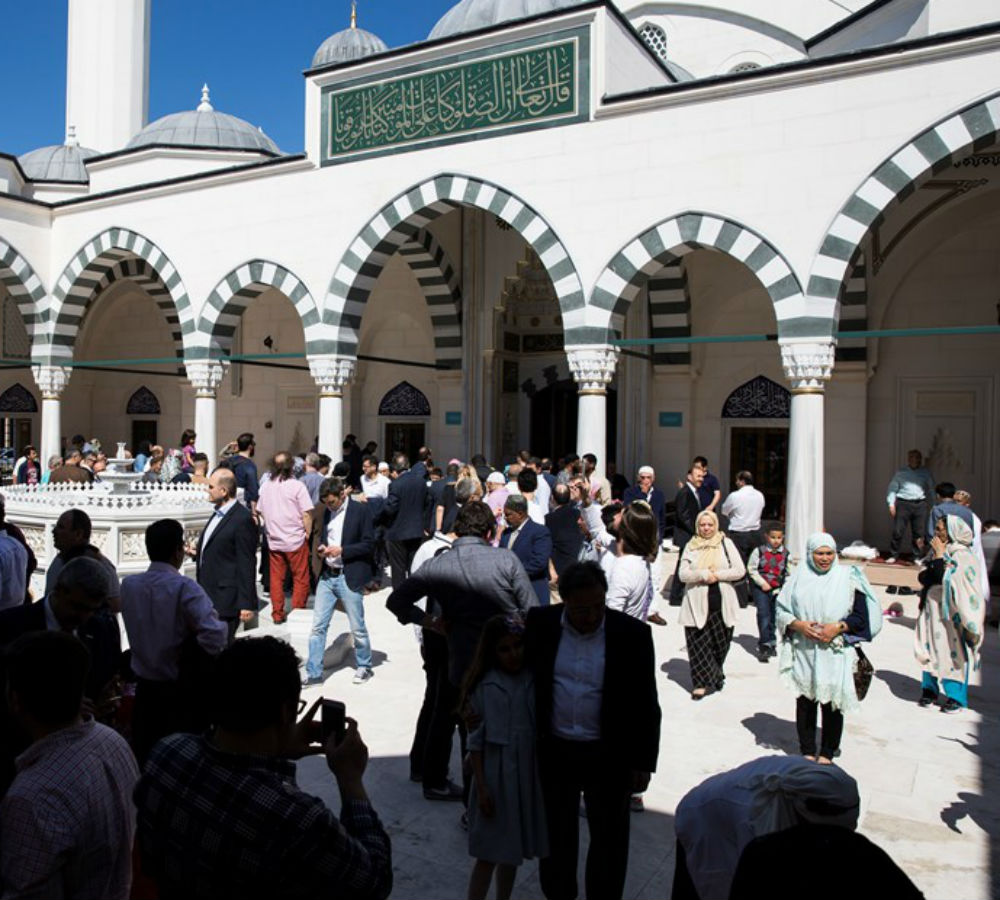 Turkish Prime Minister Recep Tayyip Erdoğan said Muslims are fundamental elements of the US as he attended the grand opening of a mosque in Maryland on Saturday.

“I am watching the statements of some US presidential candidates with astonishment. Muslims are fundamental elements of America. Nobody can force Muslims to make a choice between being a Muslim or an American,” Erdoğan said during the opening of The Diyanet Center of America, an Islamic center.

Erdoğan, who has been on a visit to US for a nuclear summit, was also joined by Turkey’s Religious Affairs President Mehmet Görmez.

The Diyanet Center is a complex that houses a mosque, cultural center, Turkish bathhouse and more.

The center was opened after President Erdoğan suggested the area be used to serve the entire Muslim community.

Erdoğan said the US and the world is currently passing through a period when intolerance towards Muslims is on the rise. “It is unacceptable to hold all Muslims responsible for the Sept. 11 attacks. … As Muslims, we should fight with those who defame our religion,” he said.