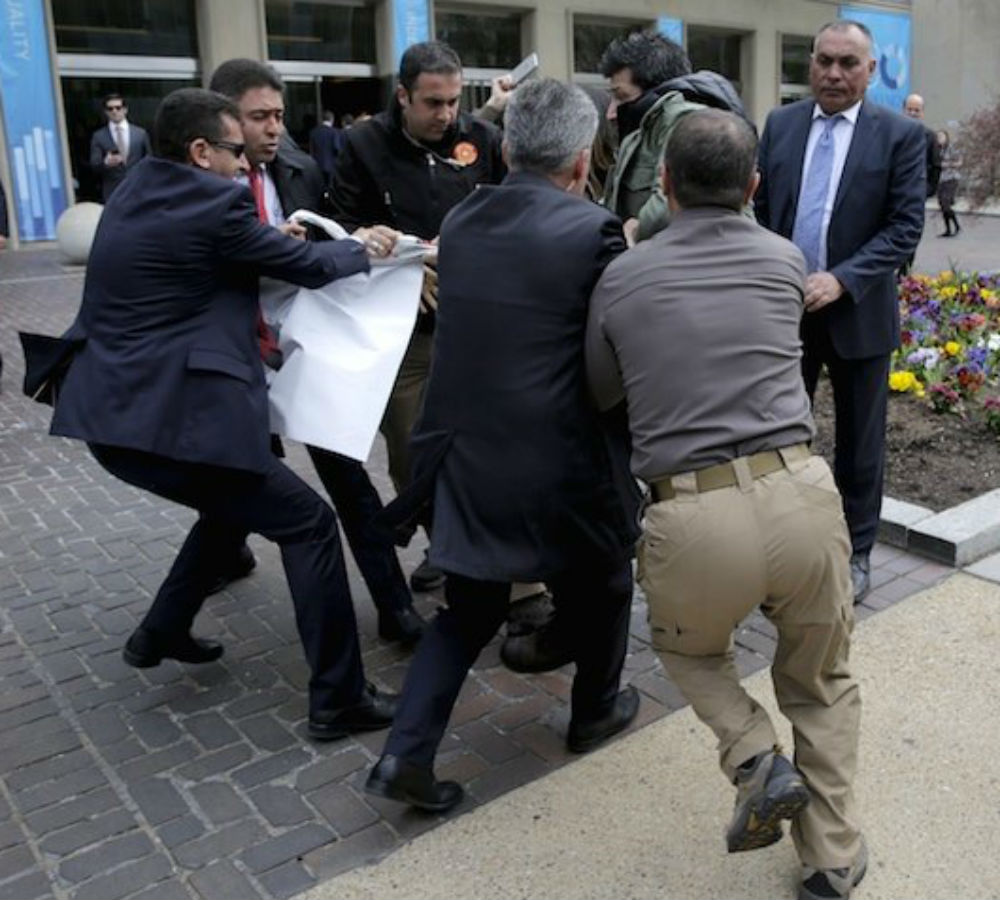 The US-based Brookings Institution threatened to cancel a planned speech by Turkish President Recep Tayip Erdoğan after his security guards physically and verbally attacked journalists and protesters in front of the organization’s Washington headquarters on Thursday, according to the Foreign Policy.

“In a tense exchange, Brookings President Strobe Talbott told a Turkish official that the organization was prepared to call off the visit even though Erdogan’s motorcade was already en route to the event. The cancellation threat has not previously been reported.

The official helped intervene with Erdogan’s guards, temporarily preventing a tense situation from getting worse, and the speech went ahead as planned. The violence and chaos resumed, however, as soon as the Turkish leader departed,” the Foreign Policy said in an exclusive report on Friday.

Eyewitnesses said Erdoğan’s henchmen swore at and tried to prevent several journalists from entering the Brookings Institution, where Erdoğan had been scheduled to give a high-profile speech.

Amberin Zaman, a Turkish journalist with the Woodrow Wilson Center in Washington, tweeted that a member of Erdoğan’s security details called her a “PKK whore” for standing in the driveway. The Kurdistan Workers’ Party (PKK) is recognized as a terrorist organization by the US, the EU and Turkey.

Also inside Brookings, US security officials protected a Turkish journalist from being evicted by Turkish security personnel.

The reporter, Adem Yavuz Arslan, said he was physically ejected from the building but then brought back in by Brookings staff who insisted he was their guest. Arslan works for the critical Özgür Düşünce daily, which was founded by journalists who were fired from the Bugün daily, which was seized by the government.