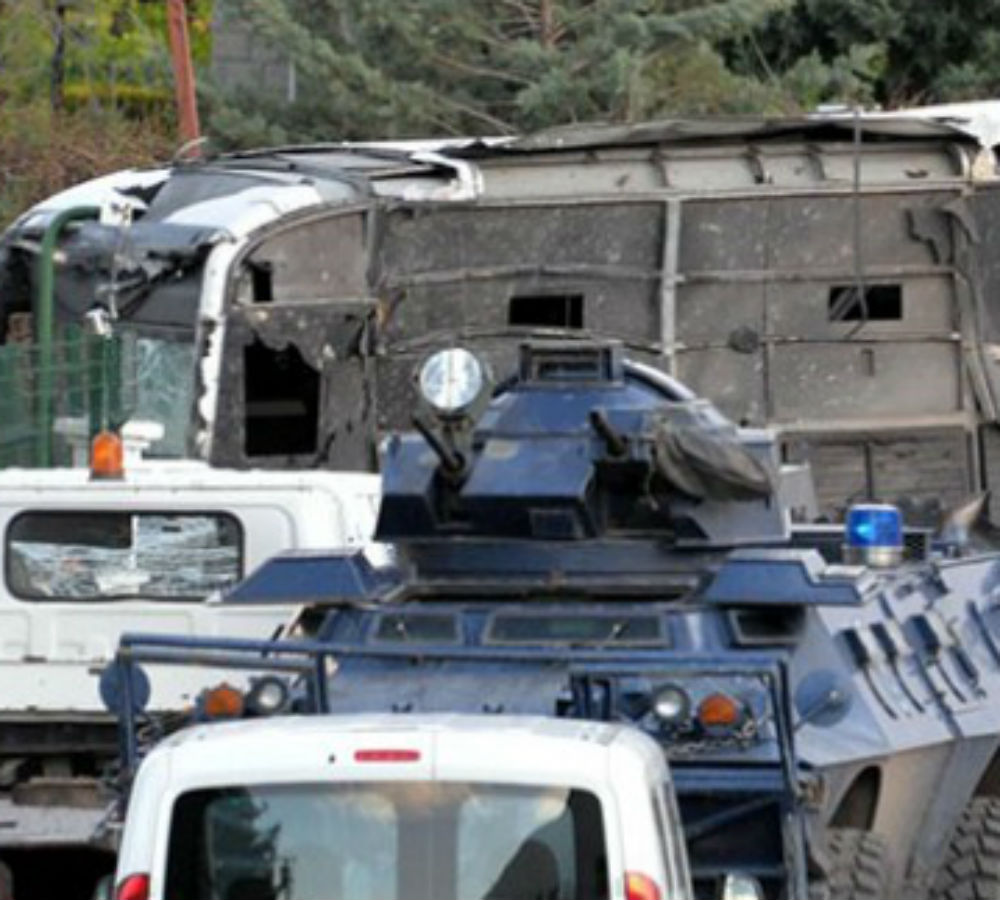 Nine people were detained on Friday over their suspected role in a deadly car bomb attack in the southeastern province of Diyarbakır on Thursday as the terrorist Kurdistan Workers’ Party (PKK) claimed responsibility for the attack.

Seven police officers have been killed and 27 people injured in an explosion near a bus station in the southeastern province of Diyarbakır, when PKK militants detonated a car bomb.

The explosion took place as an armored military vehicle was passing in the evening hours of Thursday.

The PKK said in a statement posted on a pro-PKK website on Friday that its members “carried out a sabotage at convoy carrying special forces policemen.”

Police found out that 300 kilograms of explosives were detonated in the attack. Security camera footage showed that a terrorist parked the vehicle in the site and remotely detonated it. The police are now trying to identify the terrorist who carried out the attack while they detained nine in connection with the attack.