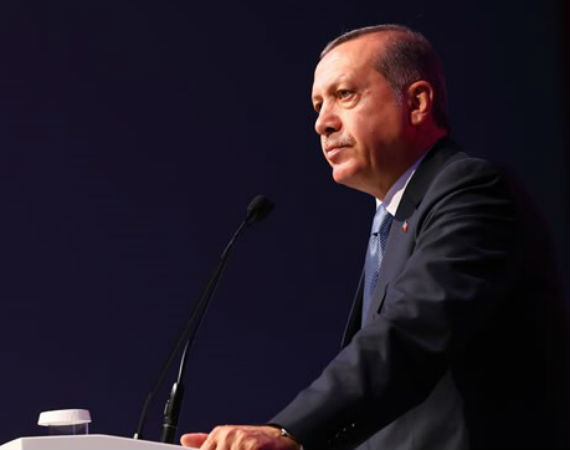 President Recep Tayyip Erdoğan has said that the Iranian businessman, Reza Zarrab’s arrest in the US is “none of Turkey’s business,” despite calling him a “charitable businessman” in the past.

Zarrab, 33, was arrested in Miami earlier in March on charges of “engaging in hundreds of millions of dollars-worth of transactions on behalf of the government of Iran and other Iranian entities, which were barred by US sanctions.”

Speaking at a press conference before his flight to the US to attend the Nuclear Security Summit, Erdoğan said, “Dear friends this is not an issue which concerns our country, but might be a court case into laundering of illicit money, I do not know. I cannot make a statement without knowing the reason [for Zarrab’s arrest].”

Zarrab, who was accused of being the ringleader of a shady money-laundering and gold-smuggling circle in Turkey that was established to dodge sanctions against Iran, was among 21 people — including the sons of three then-ministers, a district mayor and other high-profile figures — who were arrested as part of the corruption and bribery operation that went public on Dec. 17, 2013.

Erdoğan had even claimed “justice was served” after Zarrab was released from prison, after being arrested for money laundering and bribery in the police operatişons.

A criminal organization allegedly headed by Zarrab is claimed to have distributed TL 137 million ($66 million) in bribes to the former economy and interior ministers, their sons and possibly to some other bureaucrats to cloak fictitious exports and money laundering.

A large sum of money and two kilograms of gold seized by the police as part of the same corruption investigation were returned to Zarrab’s employee Abdullah Happani in December of last year.