Reza Zarrab arrested in US for scheme to evade Iran sanctions 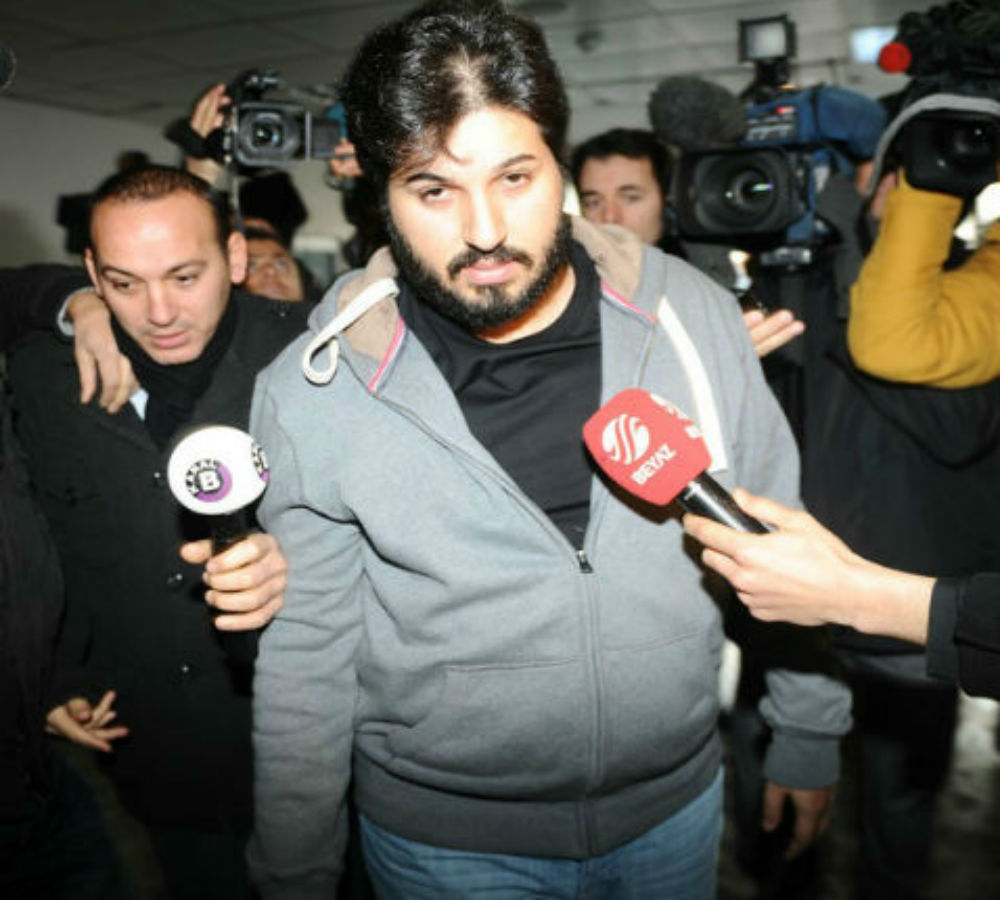 A Turkish businessman has been arrested on US charges that he and others engaged in hundreds of millions of dollars of transactions for the Iranian government or other entities as part of a scheme to evade sanctions against the country, Reuters reported on Monday.

Reza Zarrab, 33, was arrested in Miami on Saturday on charges contained in a federal indictment in Manhattan against him and two Iranian citizens, Kamelia Jamshidy and Hossein Najafzadeh, US prosecutors said on Monday.

US Department of Justice announced in a statement on Monday that “An indictment was unsealed in the Southern District of New York against Reza Zarrab, aka Riza Sarraf, 33, a resident of Turkey and dual citizen of Turkey and Iran; Camelia Jamshidy, aka Kamelia Jamshidy, 29, a citizen of Iran; and Hossein Najafzadeh, 65, a citizen of Iran, for engaging in hundreds of millions of dollars-worth of transactions on behalf of the government of Iran and other Iranian entities, which were barred by US sanctions, laundering the proceeds of those illegal transactions and defrauding several financial institutions by concealing the true nature of these transactions.”

“According to charges in the indictment, Zarrab, Jamshidy and Najafzadeh circumvented US sanctions by conducting millions of dollars-worth of transactions on behalf of the Iranian government and Iranian businesses,” said Assistant Attorney General Carlin.  “These alleged violations, as well as the subsequent efforts taken to cover up these illicit actions, undermined US laws designed to protect national security interests.  The National Security Division will continue to vigorously pursue and bring to justice those who seek to violate US sanctions.”

A criminal organization allegedly headed by Zarrab is claimed to have distributed TL 137 million ($66 million) in bribes to the former economy and interior ministers, their sons and possibly to some other bureaucrats to cloak fictitious exports and money laundering. In documents sent by the İstanbul Prosecutor’s Office to Parliament, former ministers Zafer Çağlayan, Muammer Güler and Egemen Bağış are alleged to have accepted bribes. The ministers allegedly flew on Zarrab’s private jet several times.

İstanbul prosecutors dropped the charges against the suspects in October of 2014. A large sum of money and two kilograms of gold seized by the police as part of the same corruption investigation were returned to Zarrab’s employee Abdullah Happani in December of last year.